The last bullfight in Barcelona occurred this past weekend. The old style stadium resembles the coliseum. It was a rounded structure with multiple tiers with steep vertical seating. It was reported that there was a record crowd. But, the closure is business, because bullfighting attendance has dropped off in recent years. Jose Tomas, one of the most famous Spanish bullfighters, performed. And animal rights protesters clashed with other fans attending. Picadors prepare the bull by putting a lance in the bull’s neck to fatigue the bull and to make its head drop. Hence, the blood over the shoulders is typical. Furthermore, the bullfighter is often awarded the bull’s ears after a good exhibition. They showed this picture in the NY Times article. I wonder if the bull gets the ears of the matador if the bull should prevail. I attended a bullfight in Seville, Spain in September 1978. I bought a ticket through the front desk at the hotel. The stadium was not nearly as grandly appointed as Barcelona nor was it as well attended. There was a group of US servicemen sitting alone among the cheap seats in the bright sun. Over there you could rent a cushion to pad the hard seating. While bullfighting will no longer occur in Barcelona, the sport still continues. It remains the ultimate reality show.

END_OF_DOCUMENT_TOKEN_TO_BE_REPLACED 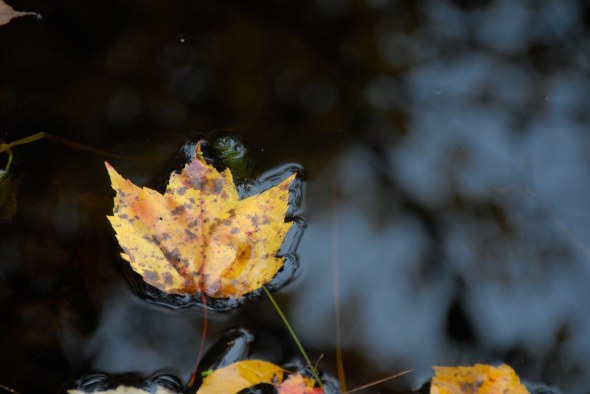 Maine, fall 2008. I make it a point to seek the fall foliage each year. In Maine I thought that I would find spectacular vistas and new opportunities. Traveling the state, I sought out mountains, and hillsides. I explored potential photo ops at dawn and dusk. Rain and fog added to the intensity of color. The hard part is the timing. Where and when would the color peak? It was still a guess and really no different than it has always been. The way to find out was to constantly explore and subtly you will find the drop off in image colors. This was the year I got my moose pictures. Here, I got this detail shot. The water and leaf leave little doubt as to the season. And it appeals to me as a peaceful moment rather than the end of a season.