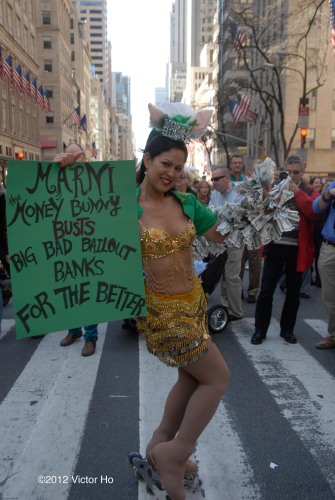 Some people asked me about the rollerblade girl at the Chinese New Year parade. Yeah, I know she’s really a woman but I’m currently senior to everyone but my mother in law. She wasn’t protesting anything at the Chinese parade but here she’s part of the ‘Wall St’ protest. She attracted a crowd. No rolling, really walking in the skates as the crowd was too dense to roll anywhere. My preference is the close up. But some complained that you don’t see the ‘blades then. It’s an interesting idea and I’m adding her to my list of parade regulars at the parades.