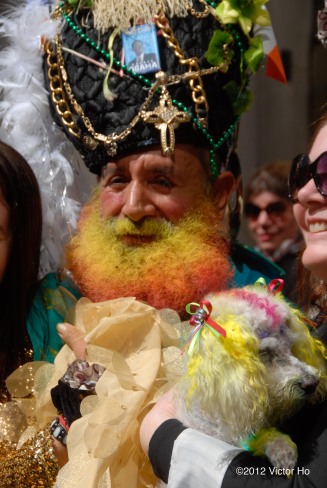 I guess I should know his name by now. He’s shown up at about every parade that I have attended. He was thrown off the parade route at the St Patrick’s parade. Some red headed very stern Irish parade official spoke to the cops and he was banished to the spectator side of the barriers. Otherwise he was in his element here at the Easter parade. Multiple outfit changes, his parrot, and even the little dog were with him. He had a crowd all around and reveled in the attention.