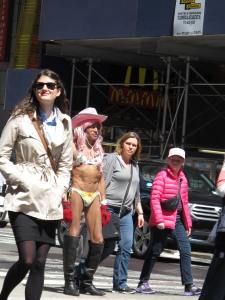 I’m used to seeing the naked cowboy posing in his BVD’s for tips. He could never play his guitar but it was a good place to keep the money. This cowgirl wannabe is a thin emaciated Hispanic male claiming that he can’t speak. The general reaction from the public was to shy away. He was too weird – even for New York.  The Statue of Liberty was working the same piece of turf and doing a fair business. A shot with “Liberty” was at least New York. 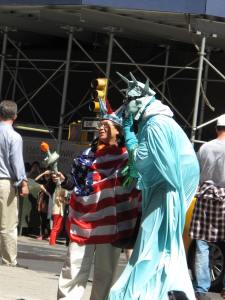 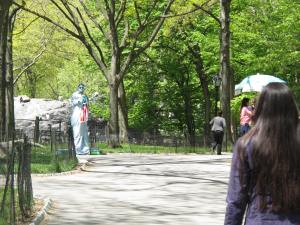 Twins? There was another Statue working Central Park. A good idea isn’t limited to a single location. 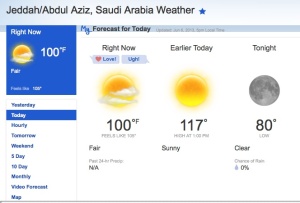 Well, summer slipped in and wow! I have never seen a temperature so high. “Ah! But, it’s a dry heat.” Isn’t that what they always say? I was pretty hot on the ride home. The bus was not blowing much A/C. I thought the driver was not running it. But maybe he was and we just couldn’t cool the vehicle in this heat. Anyway, it’s not bad. You follow the simple rule: Stay indoors out of the heat. The Hospital certainly has enough A/C going. So I’ve been in Maine in the dead of winter and tapped the Volvo’s instrument panel to see if it was stuck when it read -13 degrees (Digital? You know). And now it’s 117 degrees. Well, it wasn’t Antarctica then and it’s not Hell now.