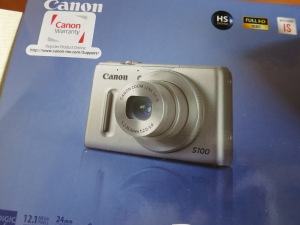 As I have aluded, my Canon G11 is gone, lost at the mall in mid-August, and not by mugging as Lisa has accused. Stupidity! Mine… So on to the hunt for a camera to replace it. At the moment an online used retailer is shipping one to me (August)  in New York. I’ll see how that goes. The reason for the used camera is because the darned thing worked so well with the underwater housing, which I still retain. But here in Jeddah, Saudi Arabia, I needed an immediate replacement (August). I was diving in about 6 hours. In New York, no problem, there are a number of camera stores and you can get setup in less than an hour.

As luck would have it, I had seen a Canon camera store in one of the malls. It was a tiny store the size of a large walk-in closet. They happened to have a underwater camera housing on the display wall. So though I did not need anything at the time, I filed the location away for ‘just in case.’ And now the case had happened. 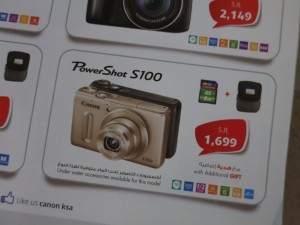 Still listed as latest greatest in the catalog… two models behind