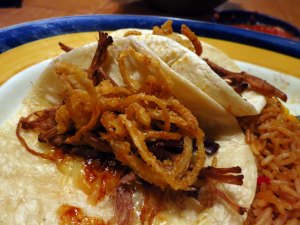 One of my guilty pleasures it to come here. I somehow mistook it for South of the Border or maybe it was the same name in Maine. It took more than a year for me to come here to this place in Jeddah.

They give you a complimentary bowl of chips and salsa. Otherwise you see here a brisket taco. It’s not really Mexican. But it says on the border, just not which border. Dessert is absolutely decadent. It’s a puff pastry kind of dough fritter that comes with a dipping chocolate sauce. I admit I had it once. The second time I took most of it home and finished it over several sittings. And I have not ordered it since then because I know my heart would not tolerate the cholesterol load. 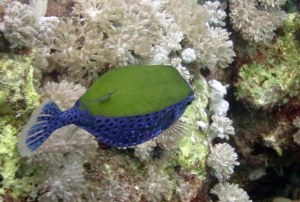 I don’t have the book yet. It may or may not be thus named. It is colorful and skittish. I found one on the reef and was able to follow it. It’s the best I could do. From a rear angle, I like it when I can get a view of the cornea and see the fisheye bulge. Yeah it’s cool. Anyway the spotted pattern makes me think this is as a perforated fish. And the green top?…it’s as though some buff was customizing his sports car and tricked out the finish to make it standout. To be sure this little guy swims about the reef like everyone wants to eat him.