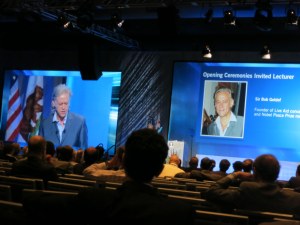 I admit that I have been living under a rock. The recent AANS meeting took place in San Francisco and on April 6 the opening ceremony featured Bob Geldof speaking. I don’t know him though he has a claim to fame. He rambled on in a rather inspiring way for about thirty minutes about how his life’s turns brought him to this point in time. He is planning to go into space next. As I looked him up on the internet today, the news was about his daughter’s funeral. She, too, was famous. He gave the eulogy. The news was reported that her body was found at home the very morning after the evening he spoke at our meeting. Sobering and sad news. My condolences.

This entry was posted on May 19, 2014 by Victor Ho. It was filed under People, San Francisco and was tagged with People.