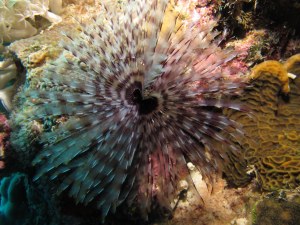 This is another tough subject to photograph. It is fairly rare to see on the reef. And the first times I saw it I was struck by how hard it was to get a focused image. 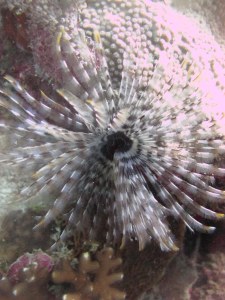 There is very poor contrast. And the color is muted. Flash definitely helped in both categories. The worm looks like the open end of a feather duster. It also disappears when provoked. And though I saw it several times in two days my previous encounters were very few. 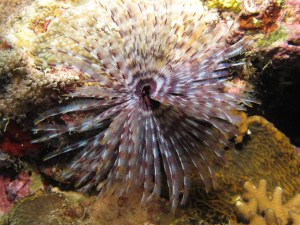