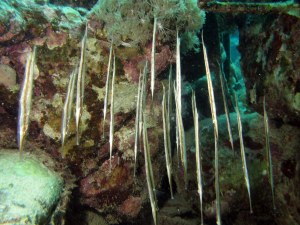 What the heck! I’m known by some to curse colorfully, but this is a polite blog. I keep seeing things that I have never seen before. And who makes up these names?

It’s the same reef dive after dive. And often I see the same fish. Sure, I expect it. Here we were swimming along minding our own business and whoa! Spotted shrimp fish. Really! And a group of them! 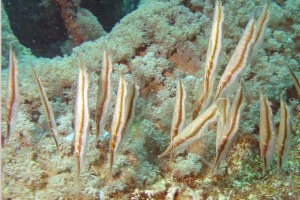 And they look like feathers floating in the current. And even as little and slow as you think they are, they still swim faster than me. And they are hard to image. The camera just has trouble focusing. 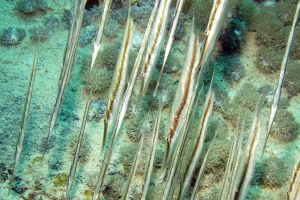 I chased. They moved away gracefully. Finally, I caught up with them. Like feathers, long and thin, paper thin bodies, they are so odd. They swim vertically. Evolution did this? Why? 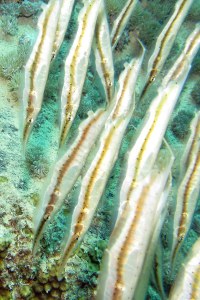 Oh, so there are the tiniest fins along the side that let them propel themselves. Too small to be a meal? I mean like sharks are built to eat. Who knows? Nature is pretty cool sometimes.