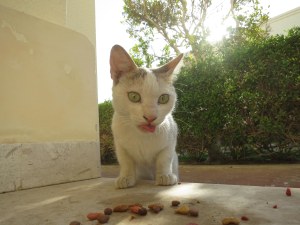 Do you see where this is going? Five cats – five days – five characters – who’d have thunk me a cat person. Nope. Not me, I’m a dog guy. Ha! 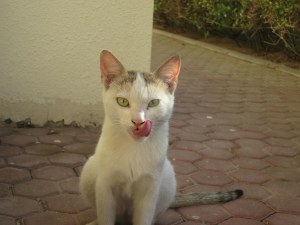 He’s a little guy, the smallest male that comes around. So he is definitely not an alpha male. He’s timid and suspicious. He would run when I looked at him. And if I made a hand movement in his direction he would back off. He likes to eat but he does not come around every feeding. 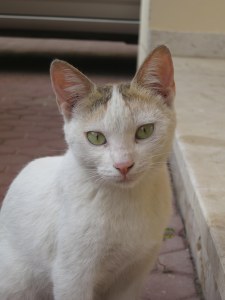 However, I do tend to see him with Badi and Lulu. He did not show up right away when I was naming cats. So with his size, timidity, and occasional feisty behavior, I thought that Butch fits. Sorry it’s not Arabic. 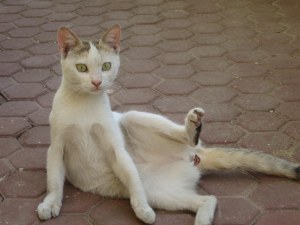 It doesn’t matter. He doesn’t respond to the name. He and I have a shotgun relationship. He wants to eat but does not tolerate and physical contact. He swipes at me with claws fully extended in defensive position. 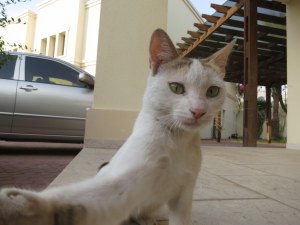 And he will bite at me. Rude but understandable, he and I have reached an agreement. I make a move toward him. He backs off. And then I lay down some food to eat. 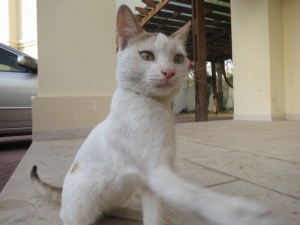 That way I don’t get damaged and he gets fed. I make sure he gets a share of tuna. Otherwise, he’d be shut out by the rest of the group. You might say he’s the smallest because of his size. Circular reasoning?