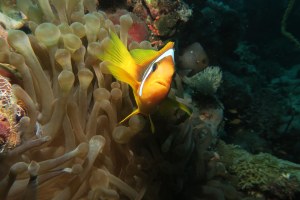 Too numerous to count, well, at least more than a few, I’ve posted up Nemo often. He’s a willing and ready subject. They hover around their anemone and defend it. So you know there’s a ready shot if you haven’t pressed the shutter in the last minute. In an hour dive I may make more than 100 images. So a second or two and I’m itching to find a subject. Ah! 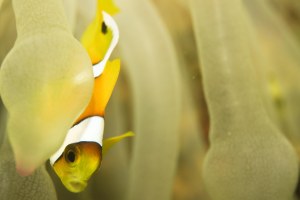 Now for the next trick, try to capture Nemo with macro while he’s swimming. A neat trick! Its anemone was safety. So this little one stayed close. I shot a lot and came away with a couple. 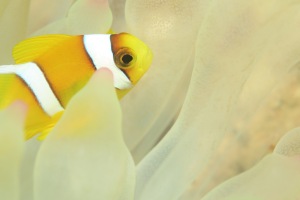 Yes, I can… ‘cause I did. There’s some skill involved. But truth be told, there’s also a lot of luck.