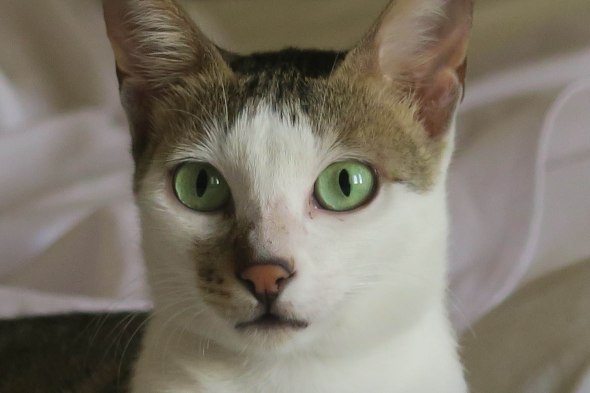 There are questions that have no safe answer. Try, “Do I look fat in this dress, honey?” Try to answer, ‘Yes (you are),” or “No (you were, but not now).” Get my drift? I realize that there are a lot of people in my audience who are not attuned to American humor. In fact maybe I don’t have humor at all. Do you see the glass “half empty?” or “half full?”

I shot a moose once. (Yes, it’s obvious. I photographed it.) And someone in the audience asked me if I had really “shot” it. Seriously, he was very impressed (that I shot it)! No, dopey! I don’t shoot animals. I photograph, but I do not shoot. Actually, I shoot whatever is there. Get it? Well, try to understand that I am not working with a full deck and American slang humor can sail right over your head. Sorry. 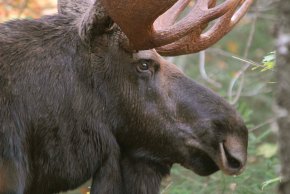 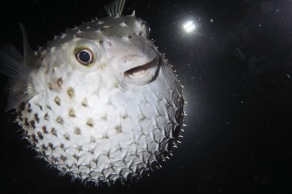 As long as we are on the subject (vaguely) I was called out by my daughter. “Did you play with the puffer?” Caught! She immediately knew that the puffer was only puffed because I had provoked it. Smart cookie, that kid of mine. I deny that any fish were injured in the making of this photo. However, she contends that I have shortened its life by scaring it. Go figure! 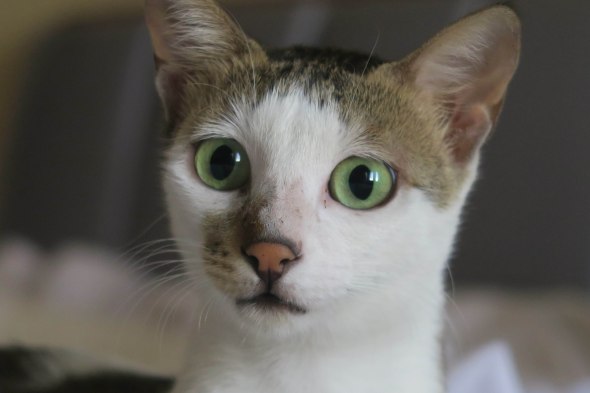 With the very long preamble, I ask, “Do you like your photo portrait with direct or indirect gaze?” Subtle, but definitely different, it’s a matter of choice or taste. For me, I like a direct view straight on. But it’s definitely disconcerting to look straight away into someone’s eyes. It’s much more intimate. Hey! It’s a cat. Lulu’s my cat at the moment I don’t exactly ask her to look at me. I try to get her to look in my general direction and then get my camera into her face. She’s tolerant. She doesn’t get it. But she is occasionally in one place long enough for me to get a couple shots. The portrait is a success based on dead on focus on the eyes. After that composition and the rest are up to you. There are so many bad pics out there. Try harder. And it is affirmative, “a good fish photo has the eye looking toward you!” Mooses too!