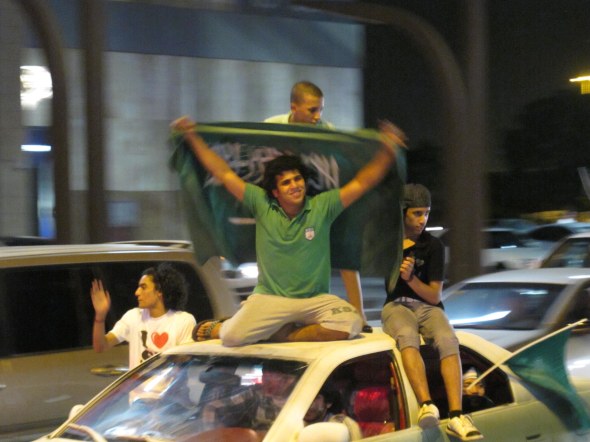 I only saw this once. Apparently the police are not allowing such a display to occur again. That year there was vandalism to many shops along the avenue. Too bad. There was such enthusiasm and spirit. A woman asked to take a picture! Really! I pointed the camera at her. She put up her hand and rolled her window up. She wanted me to take a picture of her car. Some things remain the same!

Maybe everyone knew to come by social media alerts. But then again, I have never seen a gathering like this. Cars lined the avenue and just sat. No one cared about moving along. They sat – “ Car proud” – banners waving, costumed, enthusiastic. 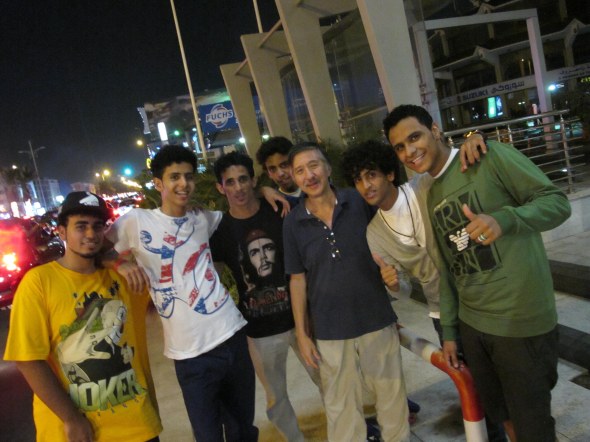 They waved at me to take pictures as though I were a news journalist. And so I did. I got worried because one guy grabbed the camera from my hand and did a group shot. I’m trusting but wary. You never know about a crowd. But… it was all a happy day.

This entry was posted on August 31, 2016 by Victor Ho. It was filed under Festival, Jeddah, Parade, People and was tagged with Night shot, Parade, People, Saudi National Day, Street photography.