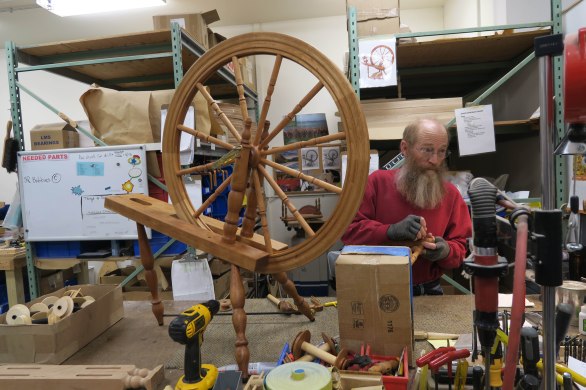 We took a tour of a factory. Schacht Spindle Company started making spindles and are since famous for their weaving products of which they make well known and well regarded looms and spinning wheels. Barry, the President cordially met us when we showed up unannounced. He personally gave us a tour. The hand made products are made and assembled with highest regard to quality. Improvements are constantly being made. It’s a fine operation. There’s something nice about watching the care and craftsmanship so abundantly on hand as we toured. The sheep were photographed, reproduced and later painted from a trip to Scotland many years ago. Many thanks Barry; we were so impressed.