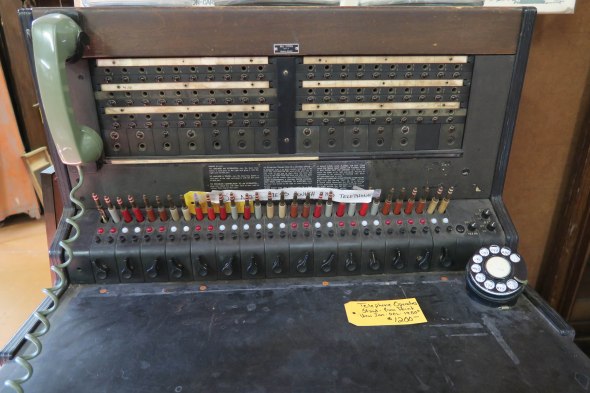 The things I see; the things people collect’ the things that show up as “rescued;” the things someone will try to sell…oh my!

It’s an old telephone switchboard. Don’t ask. I don’t know how to work it. I know what it’s for. I grew up with a phone that you picked up the receiver and spoke to the operator who then put you through to your party. Yeah, they called it a “party.” Don’t ask. Back then I had a phone number with four digits. They added the three number exchange later. In West Virginia, we got 636-xxxx. It was quite a surprise to see that exchange is the most common even now. This all happened in the ‘60’s when I was a kid. Yes, ancient times.