Dumb as a stone

Just when you thought it couldn’t get worse… you republicans should realize you are being led around by an idiot. So little understanding… how is this guy any kind of leader. Climate change…here. Here’s your global warming? It’ no wonder why the rest of us are laughing at you. The logic of his twit makes idiots blush. And, the moon is made of cheese… People are freezing and some will die. Did you tweet any concern? Your agenda, and not another word for your fellow man or the citizens you were elected to serve. It’s all about you against the world. Not a word of sympathy; people suffer while you worry about yourself. 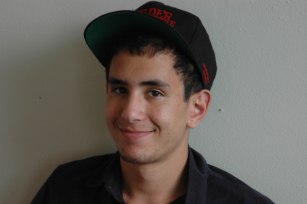 Digital single lens reflex. If you don’t know cameras the initials stand for big serious camera with interchangeable lenses. …if you care. Go on. Use that iPhone… I always considered myself to be a serious amateur photographer. May 25, 2004, I received my Nikon D70. I opened the package near midnight. Yes, I worked late in those days. I like to say it was the last time I shot slide film from that day forward. It pretty much was the case. Digital was seductive and in my head I had a quality camera capturing the images that would be comparable to slide film with way less processing. Of course, the rest is history. I have been through several iterations of DSLR and now am using advance point and shoot cameras. The iPhone remains a distant (second) device though for many it is the camera of today. iPhone is $1000 as are advanced point and shoot cameras like the Sony RX100. Each has a purpose. I believe a camera dedicated to a single purpose is better than a smart phone.