On the day you were born 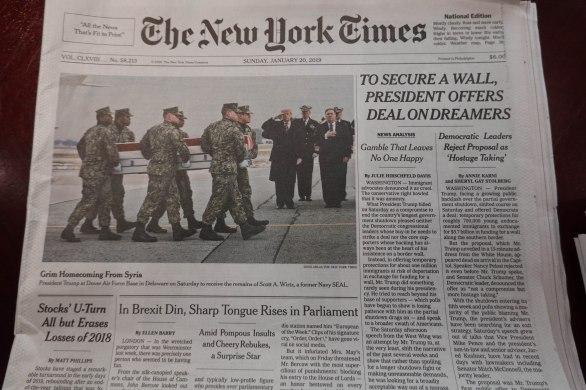 Noa Lila was born on the 20th of January. I nearly forgot to photograph the news headline the day she was born. In Delaware the NY Times is delivered a few days late. In this case my local library had a newspaper from January 14. No good. On January 24 in the library in New Castle, I caught up to recent headlines on January 20. Newspaper? I read the internet NY Times and it is updated multiple times a day. Who reads a paper? It’s so old and out of date. Hence, the newspaper shows up at the library days later. Old news, historical interest. It is/was the news on the day you were born. It wasn’t as cool as the super blood wolf moon that night.