When is a lie the truth? Black or white? Can you say, “Waffle?”

“Heisenberg’s Uncertainty Principle is one of the most celebrated results of quantum mechanics and states that one (often, but not always) cannot know all things about a particle (as it is defined by it’s wave function) at the same time. This principle is mathematically manifested as non-commuting operators.” – google search

We used to say, “If you can’t tell the truth, wow them with bullshit.”

Our fearless leader lies? Gray? 40 million believe him? Who the hell goes and counts all the lies? Tolerated and embraced? Who defends this – bull(shit)? Lies? Someone looks mighty dumb, right about now, I know which side I’d rather be on. And, it’s not the side that just jumped off the bridge. Donut? Go find the article. Seek the truth. …poet and didn’t know it…

To be fair: An opinion is not fact. And, lies are not truth. Two places at once – impossible. 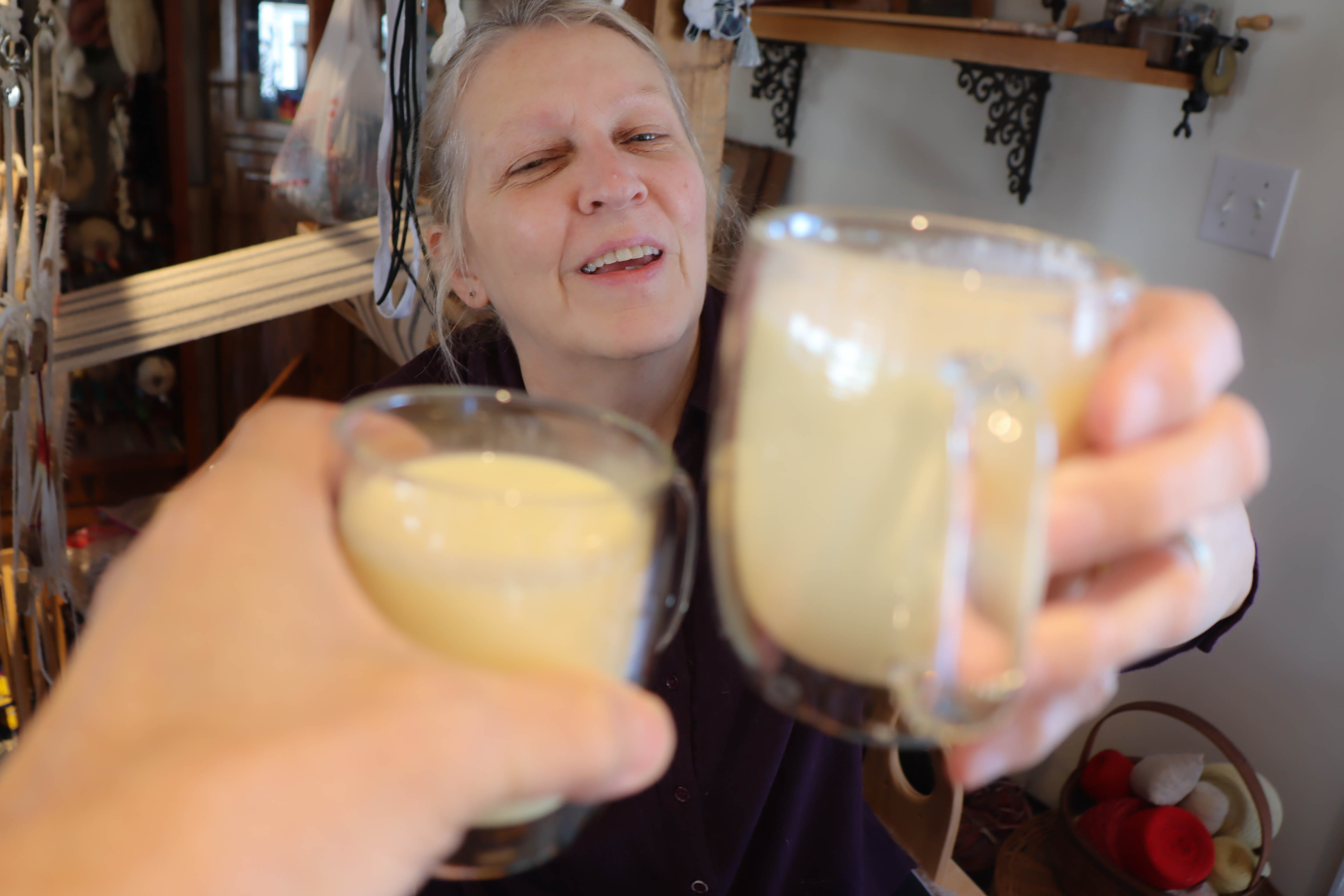 What do you do in the time of corona? We took to drinking. Alcohol. I don’t drink. Didn’t. …till now. Ha ha. I had some Scotch. Good Scotch … as in 15 year old Glenlivet. The good stuff. We brought it home from the source, Scotland. Samples really, they were the taste samples from the tour we took. Colleen doesn’t like the taste of Scotch. She prefers dark beer. I don’t like either. So, we did not bring any Scotch home. I wish we had. No matter. We mixed it with eggnog. Heresy?! No, palatable for me. Cheers! 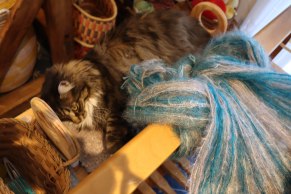 On a slow day you take what you can get for photos. I’m reaching sometimes. But you gotta keep taking pictures even if you are in self quarantine. ?? It’s mohair being prepared as a warp. (If you weave, that makes perfect sense. I don’t (weave)).