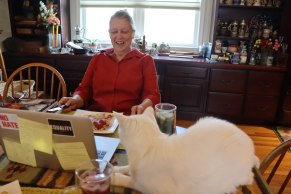 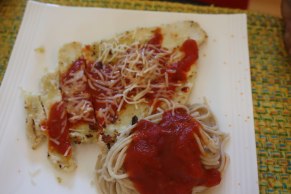 I have been chasing this dish since I left Jeddah (Saudi Arabia). The Filippos could cook it like no one else. Romano’s Macaroni Grill opened an outpost there shortly before I left. The chicken was thin breaded crisp and perfect accompanied by piping hot angel hair pasta covered with marinara. Ok, no big deal?! But I disagree; the dish in Jeddah was the best I ever had. I’ve since tried many attempts that fell woefully short. I have been to several Romano’s places in the US. Nope, their poor attempt was disappointing. I have mentioned this before. Lately I was in Touch of Italy. They are funny. Their signature dish features chicken as large as a large dinner plate. It’s American – too large to eat. I suppose that has an appeal but the chicken lacks tender moist taste. Oh well, I had given up. Then, I cooked up a batch during the Corona lockdown. It’s a work in progress. Good? Yes! Very! It just doesn’t look good. It’s not photo-worthy. Yet. However, I also learned on this occasion that hiding the dish under red sauce and lots of cheese will hide many cooking sins. And I know what to do to make the next try a winner. That’s progress!