Once upon a time I was there and here is the picture to prove it. A twinkle in time… but, back about 20 years ago… 1998, July 4th. The parade in Southampton was graced by Senator D’Amato. He was an unabashed Republican in a blue state, New York. He brought home the pork! He was proud of it! And he never ever let anyone forget what he did for NY. Three terms! He got re-elected twice! NY has not elected another Republican senator since (2000).

“Those who fail to learn from history are doomed to repeat it.” Sir Winston Churchill

Senator Carper attributed the quote to Truman. Not exactly so. Truman made similar reference to the original by George Santayama (1905), “Those who cannot remember the past are condemned to repeat it.”

“All politics is local” is attributed to former Speaker of the United States House of Representatives Tip O’Neill.

Famously attributed but not exactly confirmed. Maybe he (Lincoln) never said it? The Republican party of Lincoln is now the Democratic party of today. Watch what the conservatives say. They like to twist things to and fro. Like any magic trick, watch what the other hand is doing.

These days politics is like that. Maybe, maybe not. We don’t have far to look back and realize that D’Amato was a Republican in a Democratic land. And he was re-elected using a narrow platform. Give ’em what they want. A whole lot of Democrats drank the cool-aide more than once. 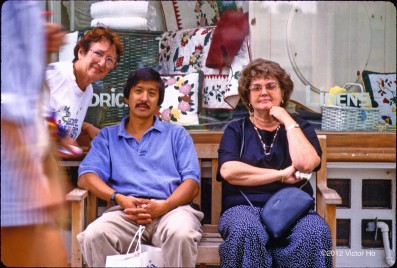 I’ve been working in random order, cleaning out the folder of pictures I’ve been holding to post. It turns out that this shot in Southampton, Long Island fits with my post yesterday. Lisa took this shot. We on a bench resting on the display furniture in front of the local store when the elements just came together with Lisa’s mom and dear Aunt Audrey. I have always liked this shot. 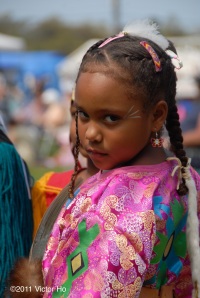 The Shinnecock Indian Powwow occurs each year on Labor Day weekend in Southampton. My wife Lisa introduced me to the event years ago and I make an effort to get there when I can. The kids steal the show. This young lady was so poised. She gave me some really professional poses when she saw my camera was trained upon her. The stage is elevated and allows for excellent viewing and photography of all the colorful costumes. Initially I thought that the singers and drummers were recorded. They were loud but, I attributed this to the sound system. No, they are all to the back of the stage and very real. It’s just not possible to get a good shot. But gathered around their big drums, they can sure get the crowd going. This year for the first time, the music included a two step dance, just to lighten the mood. It was fun, although, having been a folk dancer in my elementary school years, they didn’t exactly do a real two step.