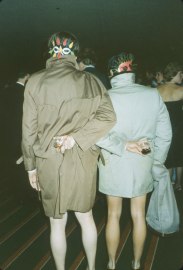 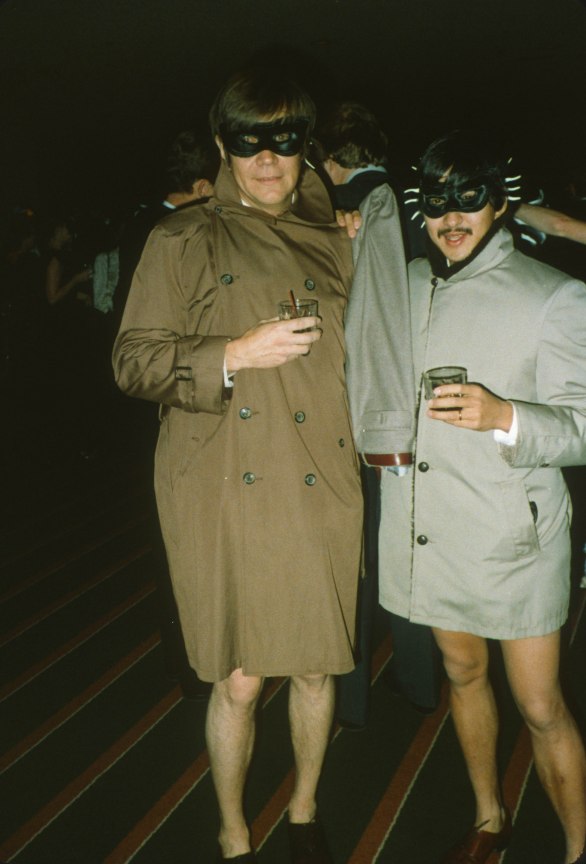 We’re at the national meeting circa 1983– AANS. This is as conservative a group as you’d ever wanna not meet up with. Very! Trust me! They’d vote republican as long as the candidate has a heartbeat and then maybe without the “beat” if they could. We’re newly minted neurosurgeons just out of residency – Henry and I. Neurosurgeons and their spouses showed up in elaborate costumes such as full regale colonial wear. What to do? We hadn’t a clue. This was nearly our first rodeo. Ah! Brilliant! Henry and I went to the nearest men’s room in the lobby. Voila! Arthur Day a conservative from Florida tried to stop us at the entrance. We were streakers. It’s legal. And! We had a ticket. Damn, if he didn’t mutter while he let us in. I never did cotton up to the powers that be in our national leadership. There are some liberals too. We span the spectrum. However, there is definitely a hard core of conservatives who speak for our organization. Not me. They don’t speak for me and I don’t have my opinion counted among them. We’re all just fine that way.

Mike and Me – He’s the Big Guy

Yup. That’s me with Mike. Who? Mike Singletary of the Chicago Bears, Super Bowl Champs of 1985. Yeah, it’s like when were there four Beatles? Who? Who were the Beatles? Old. Me. Yup. The Bears won that year with a marvelous defense. The Giants – my beloved NY team won the following year. The Bears wupped their butts (Giants) on the way to their championship. Too much history? Mike came to speak at our national meeting. Last year it was Peyton Manning. Is there a theme? At least it wasn’t Ben Carson again. Get it? I’m a neurosurgeon and he came out during our last meeting. Not Mike, Ben. Too confusing?

Well, the American Association of Neurological Surgeons meets once a year. And there are invited speakers. We are a very conservative lot. Not me. Them. Maybe there are a few progressives and even some Democrats among us. I, for one, don’t care to have my politics mixed with business. And, no, I don’t wear striped underwear or boxers. Bet you wanted to know that too.

We had Bush – you know – GW – give the Cushing oration. Cushing, he was the modern godfather of neurosurgery. In fact, Cushing trained Davidoff; Davidoff trained Ransahoff; and Ransahoff tranined me. So I am pedigreed. I digress. Mike was invited to speak and the NFL came. Everyone did a little PC dance and no one said, “Don’t do it!” And we heard a discussion about chronic traumatic encephalopathy CTE. Mama, don’t let your kids grow up to be Cowboys (Dallas) and don’t let them play football. Mike claims he only had a concussion twice. Lucky! He’s still sharp. Once was William “Refrigerator” Perry. I bet that was a boatload of fun. Meanwhile I got a picture at our opening reception. He’s a sports hero of sorts. I have many. But boy was it fun! Yes! Mike and me.

Oh! Bush? The security was so tight that they did not announce he was coming until the meeting started. There was no obvious secret service presence. However, bags were checked and it was  strictly no photographs. Some secretly used their cellphones. I’m way too cool for that! W actually spoke coherently. To listen to him one could understand that his TV demeanor was hardly like his real life thinking. Nice guy?! Hey, don’t tell. I voted for him once.

The second election was scheduled just after our fall meeting. Gorbachev was the speaker. Remember him? The room was packed. A member of our national leadership rose and spoke – I thought to introduce Gorbachev. Nope. He said, “Bush will sign medical malpractice reform if it passes congress. Kerry and Edwards will not.” He sat. The room was silent. And the implication was clear. Though I knew there was not a snowball’s chance in hell medmal reform would pass I voted special interest. It was the one and only time I have ever voted for a presidential winner. Yeah, twice I voted for anarchy and Ross Perot. Don’t shoot me, ma? Please.