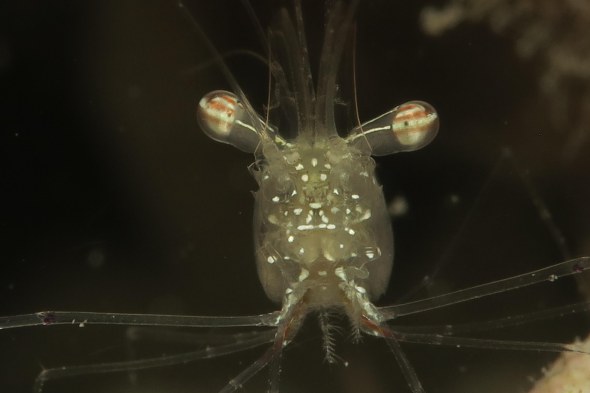 Cave cleaner shrimp, my first! How? I never knew! But there we were. I was beckoned. I would never see this. So instead, Amr took my camera, shot the image, and pointed to my screen. Ah! It was shadowed and tiny. There’s no way I’d ever have noticed it. Once found, it was a matter of technical prowess. And I was given an opportunity to practice. With enough tries, eventually you can get a reasonable “wow” shot. So, I did. 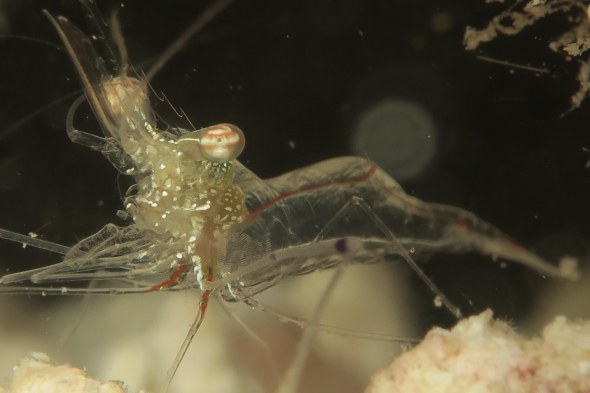 The darn thing is transparent! My buddies were busy with another subject. I got plenty of time with this shrimp. He did not move away. He turned left. He turned right. And he stayed put! Shot after shot, my camera, the focus, the light – it all came together. Nailed it! Success! Seeing the picture you take it for granted. And when I look back, I will nod and say mission accomplished. But the thrill of getting such a nice shot! Savor the moment. Yes! I did this. Me! I can do this stuff too!