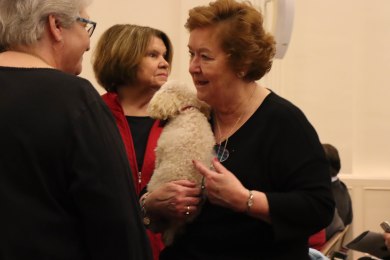 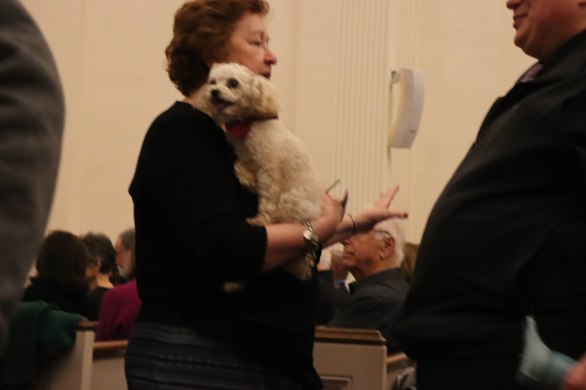 …take your dog…. Wow! She did it! She had the dog with her at a black-tie concert. She must know….?? The dog got a lot of attention. It (dog) didn’t seem to mind – attention or the surroundings – no noise. I kept waiting for it (the dog) to pee on her. In the second half the woman did leap out of her seat? … to walk the dog? But, alas, no, the husband and dog remained seated and she did not return till the end? A mystery it seems, that shall remain unresolved. 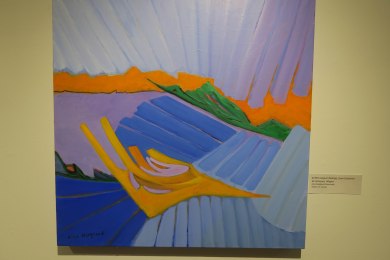 Biggs Museum. It’s the best little museum ever! Free food! Ha! It was a concert event for the artist. She painted with pieces of music in mind. Musicians came to perform pieces with her art in mind. It was a grand event. We were fortunate to attend. 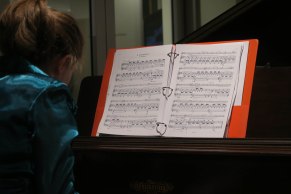 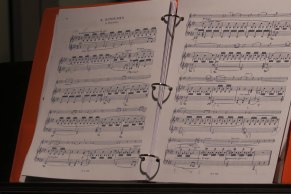 I can read music! I followed the pianist as she played and read her score. I followed the measures. She had to play many redundant same notes following the measures as she read. I wonder? How does she keep track as she plays the same note over and over. I’m sure I’d lose track and miss a note here and there. Besides, if she did, would anyone know? Hey! I don’t read music that well. My only regret is that I never paid enough attention while my kids were in the same music theory class as Alicia Keyes. Nor did I bother to record her early piano concerts when my kids played too. But, I suppose something rubbed off. 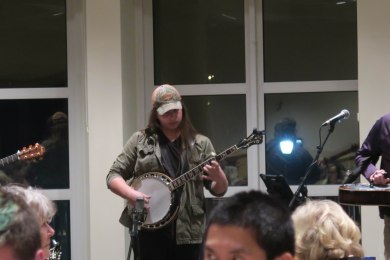 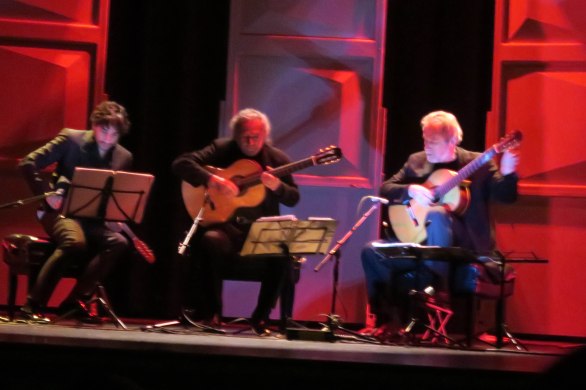 We went to Salisbury University. I was a commuter to NYU. So, I never set foot in the cafeteria. Hospitals are the pits. Jules had a decent cafeteria at Hamilton College. However, after a semester of cafeteria food, every kid craves outside food. So, we ate in restaurants whenever I visited her. Here we are in Salisbury listening to a warm up blue grass concert before the main even in the music hall. Wow! And the food was varied. It was Mardi Gras theme night. Wow (again), it’s nearly decent and way different than any school cafeteria I had experienced before. You pay more (tuition) now. So, I guess you eat better too. I would almost eat there again… not.