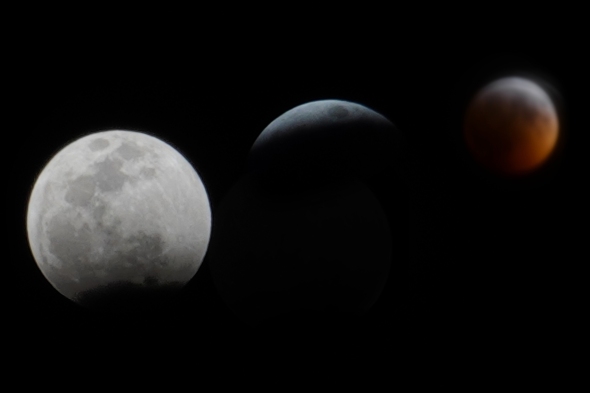 Closest point to the earth, eclipse, Indian lore – first full moon in January. Super – when the moon and earth are closest to one another. Blood – the appearance when the earth has eclipsed the moon. Wolf – Indian tribes refer to the first full moon in January. I probably most likely have some of this mixed up enough to confuse you. No matter. It was a full moon with a lunar eclipse during the time when the earth and moon were closest to one another. I might add the temperature dropped and it was windy – bitter cold standing there to get images.

The moon is made of cheese and the mouse took a bite from the lower part until it ate/covered the moon. At that point I could see but not photograph the orange (red) moon. Tripod! And then long exposure, with the wind howling, it was near impossible. I could not get a sharp clear image of the moon. 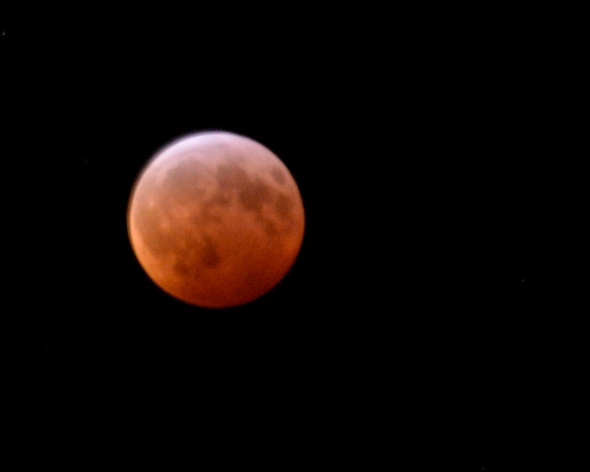 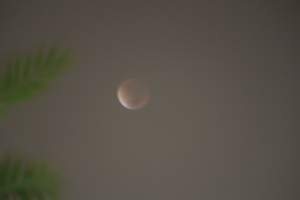 Ok! Live and in color! The supermoon and lunar eclipse. Got it? Have you been under a rock? It occurs rarely. 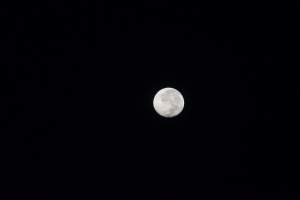 I think that I have been involved with the recent ones through sheer luck. This was the last supermoon that occurred recently.I just happened to be home. And where I am in there are no clouds. Lots of haze is about. But there are no clouds mostly. 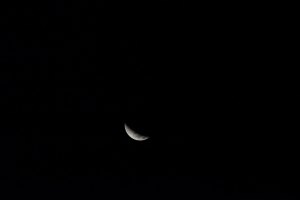 The humidity is so high that my lens fogged immediately. Ah! But the object is not to complain but to adapt and adjust. The sliver of the moon was fast disappearing. 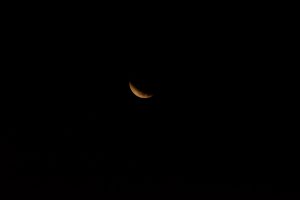 Get a shot. I did! It’s not the best. But it is. What I needed is a tripod. Instead I used a garbage can (it was the nearest available) and propped my camera. It’s far from perfect. But ingenuity. I used a long exposure and high ISO. 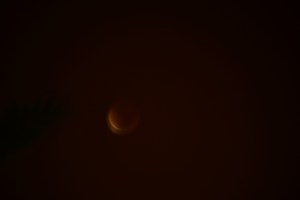 The image is fuzzy. I adjusted my settings and got something. Digital is amazing. I could get something my eye could see but ordinary film would never record. It’s not much but I would not have a backstory with an image, eh? 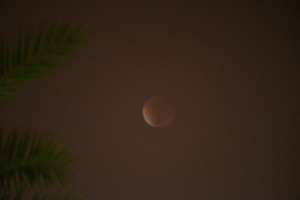 It’s always good to get something. It’s better than nothing. Right? Yup! 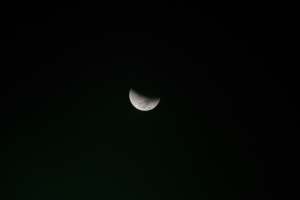 The start of it all. I don’t get the ending because the sunrise coincided with my work day. But what do you know? I got shots. Not good but they are better than a blank sky. Sorry you missed this. There won’t be another till 2033.