Sometimes it’s not about the picture. I grew up in Elkins, a small town. This was before fast food, before McD. There was Dairy Queen and Tastee Freez. The later is down to 25 stores. DQ has 6400 in 25 countries. McD is between 14k and 16k. The DQ burger of my (memory) youth was akin to the White Castle “grey” disc. Nothing special, they were a treat whenever mom was feeling like a night off from feeding us real food. So, for the first time since childhood… yes, the first time in many decades, we were persuaded to stop in one while traveling through WV. It was an eyeopener. The burger was huge and greasy. It was as good as any diner burger I have had recently. And the chocolate shake was thick, like a soft serve ice cream. Good!? It was as good (burger) as I could get without making it myself. That good? Maybe I was hungry? Would I return? Maybe it won’t be decades. 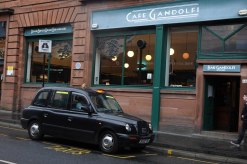 Best Cullen skink in Glasgow? Café Gandolfi. How do they make this up? It’s online. And we were parked right across the street. Serendipitously! Purely! And, Colleen read the menu and we made a reservation. It was later we searched and found this restaurant to be rated. Ok! It was still pure luck that we dropped in.

Dairy Queen. Tastee Freez. They were competing chains in Elkins when I grew up. Fast food, milk shakes, and soft serve cones. Hamburger, fries before McD was born. Tastee Freez still lives. Small but alive. Dairy Queen is around. How about one of the original early stores? Pretty small. But it’s there, running, and original. I haven’t been in one in forever (decades, many). I’m almost ready to go again. Meanwhile, here’s an original still serving up the customers. It was a toss-up, but, we leaned toward Tastee Freez as kids. 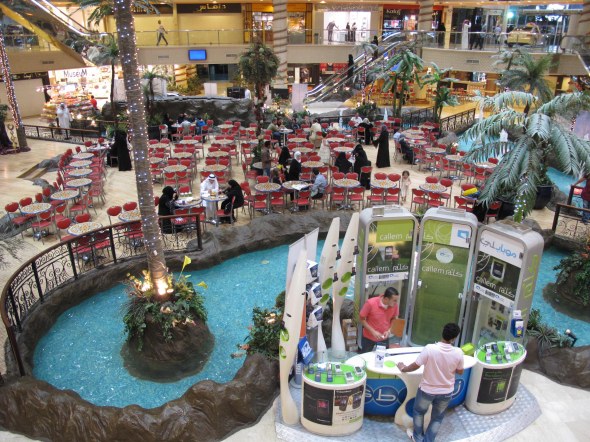 The first months I spent in Jeddah were pretty clueless as I look back in retrospect. I had no transportation. So I walked around in the high heat and ducked into any willing A/C place. Traffic is all fast. They swerve to avoid you. It’s so they don’t have to do paperwork. Guys get run over all the time. It’s a video sport too. Hit the dashing pedestrian. The ladies in their abayas are bulletproof. They step off the curb and mosey, just saunter into the street, and the traffic all swerves magically to avoid them. I like to walk with women! The malls all have food courts. And for a long while when I first arrived in Saudi, I ate in them each night. I was not cooking. You had portioned meals, vaguely healthy, and the prices were not too bad. After my first six months I have not really eaten in a mall again. It gets tiring and boring in a hurry. Also, I eat way less salt and sugary drink that way. 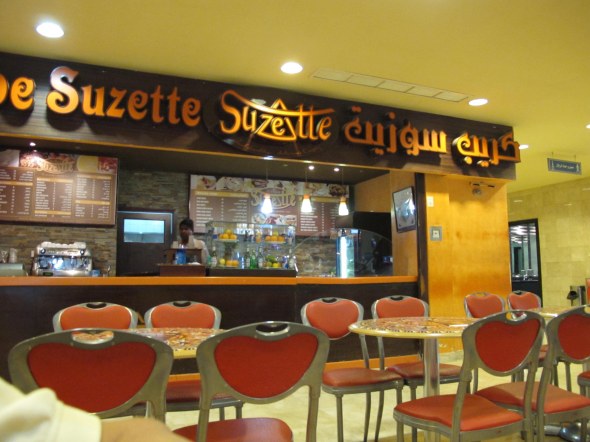 Recently I had to walk through this mall. Revisit. Almost four years later, this was a nostalgic trip. Most of the fast food places had closed and been replaced. One or two remained. Same place, some of it same, much of it changed, I was curious but not sad that I no longer get sustenance there. The crepe place is a standard around the world. Nice. I like chocolate and banana. Closed. Gone. Hmmm….wonder where to go?