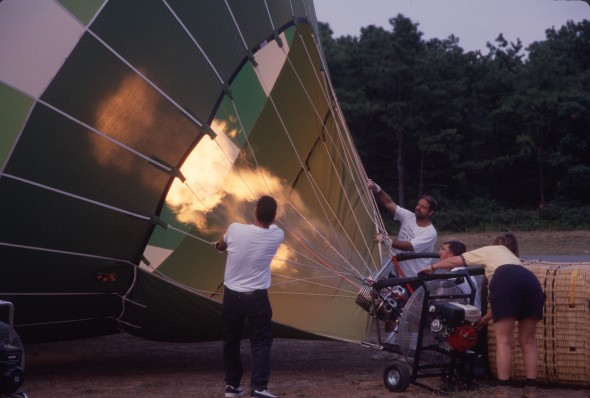 This is a quintessential shot. I got it before I knew what I was doing. (As in, I do now?) I’ve seen hot air balloons now/before. I have not been to the event in Albuquerque. I’ve been to Albuquerque. My bucket list. But I did spend time around balloons enough to know how they work and how they can malfunction. This was my first encounter. The fire is cool. Ha ha. As in, it’s neat! I’ve posted its mate years ago. But as I scan and edit my slides, this image still stands out as a favorite. No, I do not want to go up in a balloon. That is not on my list of buckets. 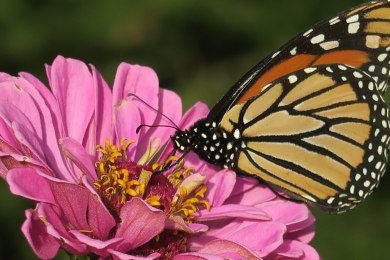 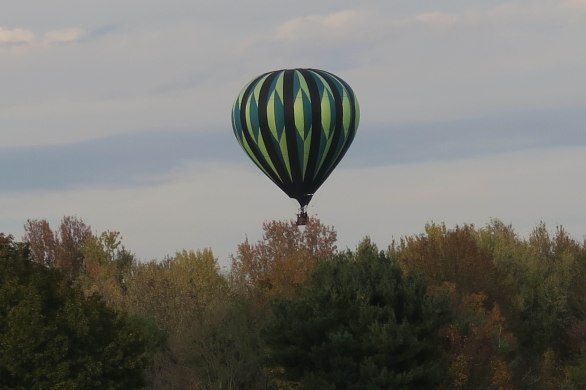 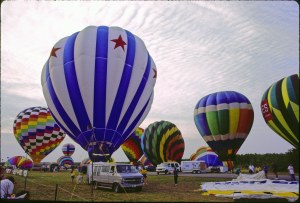 This was my first experience with photographing hot air balloons up close. The memory it invokes has nothing to do with the picture. The backstory is that it was Long Island. Lisa had seen a notice for the show at Bookhaven Airport. She also happened to have the worst case of poison ivy, ever! She’d gotten it a few days before. The blisters and the itch were fierce. If you’ve ever had poison ivy, you’re probably cringing right now. We went to the show and the kids and I had our experience. I got my photos. We stayed till the evening to see the balloons launch. They don’t launch during daylight because of the winds. The picture that got away (missed) was the one at the end where Lisa frantically was dipping her blistered arms into the ice barrels (soda) to ease the discomfort. Yeah, I was not high on the  empathy scale. Some things you learn much later in life. Sorry, honey.