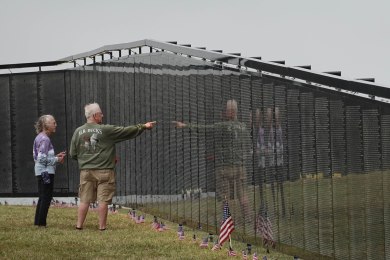 Mike and Jen took us to the traveling “wall.” It’s ¾ scale to the original wall in Washington DC. All the names are there. the “picture” is the reflection. I’ve done it. I did it. I discovered it on my own. I discovered a lot of people did it before me as they will do it after me. I am of an age where the contemporaries to the Vietnam war are diminishing more rapidly. There’s nothing pithy to say about the memorial but one thinks about how many lives on the wall were never fulfilled. It moves me to think of what might have been and the cost we have paid. 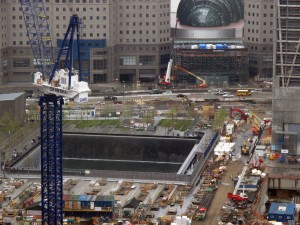 It’s open to the public. I haven’t been there yet. Once again there is something of historical significance to have a shot while the construction is still in progress. This is a view that won’t be repeated. I watched the dedication on TV at the 10th year anniversary – James Taylor, You Can Close Your Eyes and Paul Simon, Sounds of Silence. It was pretty powerful stuff.