This one is for Ginny. She is a friend who inserted herself into my life. I was reluctant. Maybe I still am. I count her among the only conservative Republicans I speak with. Ha ha. This is a shot of my OR nurses at the time. (a long time ago, so long that we won’t count the decades) This was a one of, a singular pool party that did not occur again for me. I am not used to things out of context. I’m used to seeing this group in scrubs. It’s like my elementary teachers. I go home and they are there the next day: kind of like the refrigerator light. Don’t laugh. It’s just my juvenile mind not seeing past my nose.

I Save The Day

Visiting Taif. You drive up mountain roads. And it seems the bus was slow. And there is a zoo which was on the list of activities and places to visit. I had a camel encounter. Friendly, I’ve heard they can be temperamental. But the zoo camel was friendly. The elephants sprayed water at you. Fortunately, I watched as a couple nurses were set up and drenched. Those elephants are smart.

The group but their banner across the front of the bus. Nice touch. About 30 minutes later the bus overheated. The driver stopped, pulled his cellphone, and called the hospital for help. No A/C, it was getting hot on the bus! Light bulb! Yeah, you guessed. That darn banner cut off air flow to the engine. We removed it and were on our way in 10 minutes. Saved! Yes, I did save the day on that one. Did I tell you I know a little bit about lots of things…

I was fortunate to be a favorite with the nurses. I’m nice to them. They are nice back. It makes life so much easier. I learned to be nice and polite as an intern. Nurses, otherwise, could make life hell. When I rotated onto my pediatric neurosurgery rotation the night nurses were nice enough to have a going away party for me. They didn’t wake me for the party. They wanted to let me sleep. Imagine that! 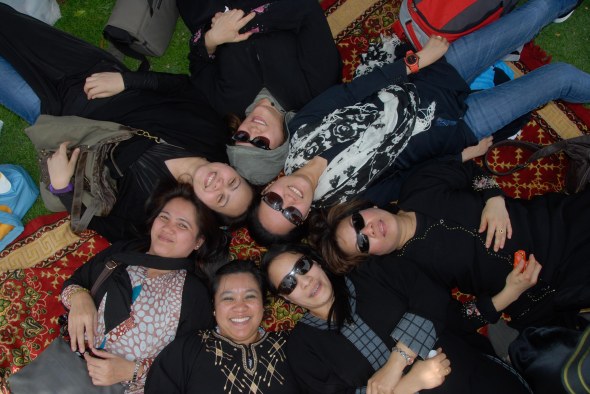 In Jeddah the nurses invited me on a field trip. A few husbands… and me – they insisted I ride in the front of the bus. So far this is my only field trip though they threaten to organize another. For sure they have a sense of humor. And they like to live large.

One nurse was ecstatic to ride a camel. “It was something I promised myself before the age of thirty.” My kids rode a camel in the Bronx Zoo when they were small. So far I’m waiting for my first ride…not.