I live in a Republican county. Don’t ask. From time to time they are out on the street to demonstrate. Um… ok, it’s free speech. We are all allowed our opinion and the right to express them. It was a very cold day this January. Like other hot button issues – gun control and immigration, we all have our difference of opinions. I wish there could be some common ground instead of polar opposites which will never meet. Your opinion will/should prevail and no other. This leaves me with no room but to resist. What happened to “live and let live?” Oh, that’s hitting too close to the subject here.

Alcohol and tobacco kill too. Cancer, COPD, alcoholism, drunk driving. But no, there is big money behind them. We didn’t even acknowledge tobacco is addictive and causes cancer until recently. We still shoot kids in school. Big money  protects the right of anyone to buy a weapon and aim it at our kids. Hypocrisy. You argue apples and oranges. Follow the money. 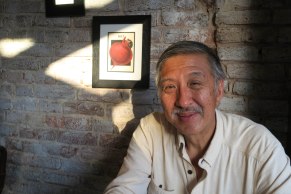 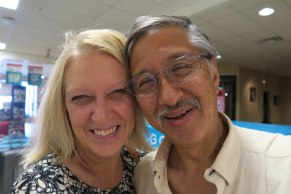 We have looms and we have spinning wheels. Too numerous to count. Ha! I’m guilty of being acquisitive. I doesn’t help that Colleen is too. But this post is about picking images. And today I spun Lightroom and recall this memory.

The time is September 2014 in Saudi Arabia. What would you know about living in a totalitarian government in which freedom could be snatched at any moment? How about being reminded that freedom is a gift every day? How about if you have taken simple freedom for granted each and every day of your life? Unrestricted travel? Not here! 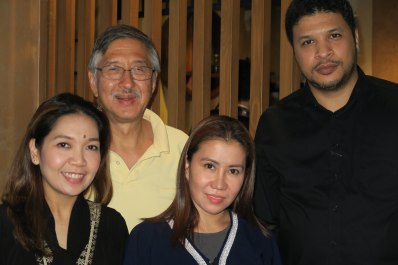 My old boss is in a dungeon placed there without stated charges by the prince. A man can be wealthy and then imprisoned the next day. Does it sound like a scene from medieval times? I had to leave my cat behind… another long story. I was blessed to escape. I got out without too much red tape and with too much drama for anyone’s liking. But I’m out! The parting gift was the worst cough/cold of my life given to me by a pair of random fellow travelers on the airplane. Thanks a lot. The relief (of my escape) was palpable then and even today. Living in Saudi was an experience not to be missed. I miss the scuba dives in the Red Sea. I miss some people I met. I do not miss being living in a totalitarian regime.(Happy New Year, Gen) 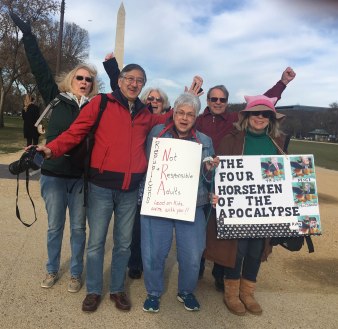 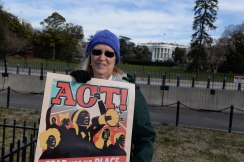 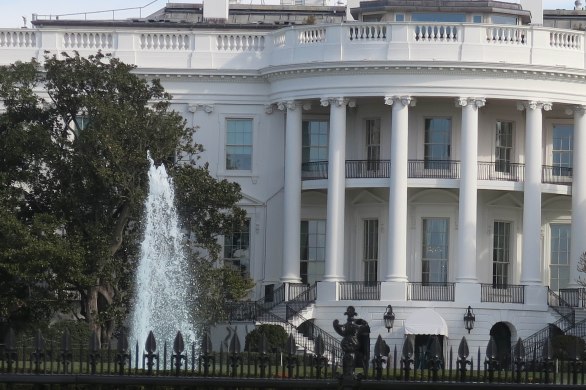 Are there parallels in American history today? The once and future king… The vast majority of the population live in freedom they take for granted. Never was this so true. I wish you could have walked in my shoes.

Not everyone agrees. I suppose this was the opposition feeling when Obama was President. I never cared much for “W.” But on this I am certain. A lot of people marched on the day after the inauguration of DT. They’d have done it sooner but it was banned on inauguration day. We didn’t go to Washington. (Traffic) I’d have gone but was vetoed. It was peaceful. No arrests. No violence. Millions! I saw a small part of it. I’m glad to have been there.