No, probably not…. Hey! It’s my blog. Ha ha! So, there was glitch in the Nikon scanner. Long story short, you wouldn’t likely care for the details, it needed a couple replacement motors. I just love it when they give me the parts they removed. It’s a nice touch. Now, I have something more – to never throw away.It works again. Dust! Cat hair! They are the bane of clean scanning. You don’t want it in your scanned image. Nope! Not! Ha ha! Try and avoid it. I have an overhead ceiling fan. Ray, the cat, stepped on the remote and turned it one. In a testament to my cleaning skill, the room looked like snow was falling, a blizzard!! It was cat hair and dust from the blades, The visual alone is worth a laugh. I was shocked; Colleen giggled. 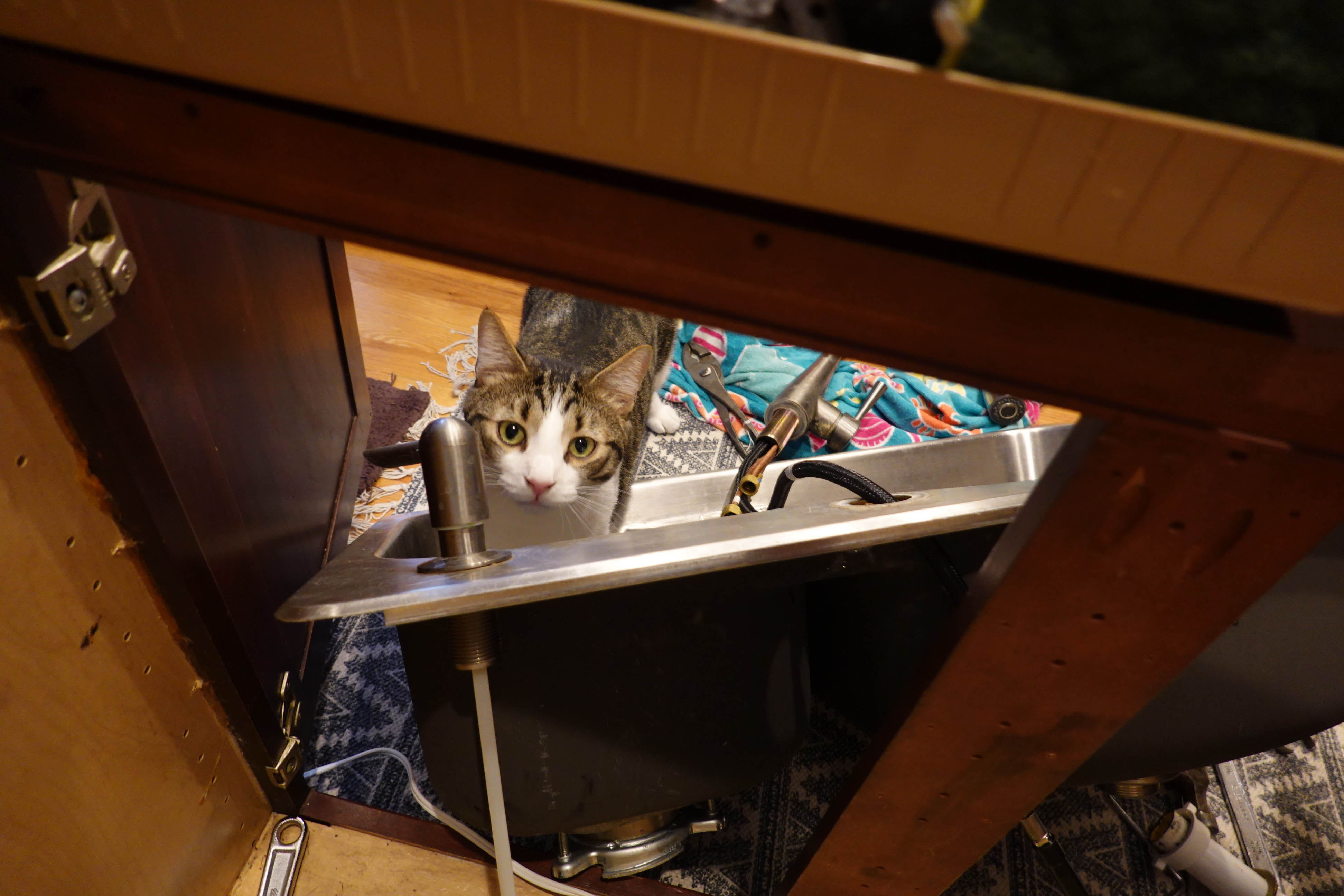 Things stop working. But in five years? I replaced the sink and faucet less than five years ago. Bastards! Planned obsolescence. But… damn. The water pressure was a trickle. I checked everything including the metal filter. No dice. Take a chance? Maybe it wasn’t the faucet’s fault? I hated to get a new faucet. Damn, again. Meanwhile you can’t get the damn faucet out without taking the sink out. Yeah. No big deal. Wrong! It was a freakin’ nightmare. But, we got it done. Caulked. No leak. Tidy. And… the water runs just fine. I hate it when things break early and for no reason. I wonder what a plumber would have charged? Hey! They gotta feed their kids too! 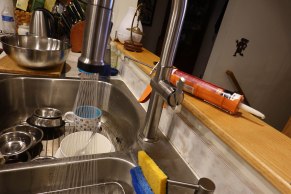 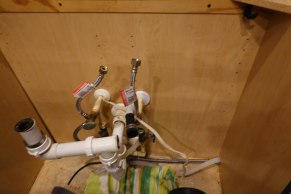 The point of an extension cord is to extend the electrical power source from the outlet. I was using a hedge trimmer. Yes, I was careful. I have had experience with cutting the cord in the past. And now more recently, I have had the (same) experience three times more. I used to have a 100 ft extension. It’s short by about 9-10 feet. Hey! It was what I wanted. The other feet were just too much. I have it down now. I can replace the plug end in about ten minutes. Practice makes you faster. Yup… and the electric mower… counting…. My beloved was ruflled when I spoke of pillows and seats yesterday. So today I poke fun of myself. I will not admit to exactly how many times I have replaced the plug. That way you can point and laugh more. 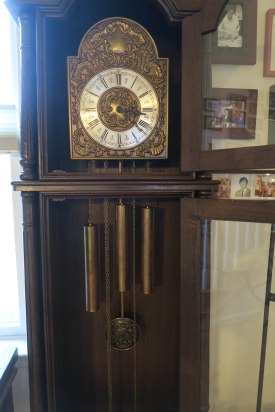 No no, it’s not a bomb. I hesitate to post “bomb.” These days someone will be there breathing on the other end of my phone. Except… I don’t have a hard line any more. That’s another story… My saga continues. About a year ago I got a tall clock (grandfather) in a flea market. It was a real bargain – around $100. It had a German Kieininger movement. It actually worked until it didn’t. That’s another story posted elsewhere. In between I took it apart and rebuilt it. You know? … as in boing!! Yeah, it was in (complex little gears) pieces all over the dining table. Resurrected? I got a used Keininger movement on eBay. It didn’t work. Damn. I rebuilt the “boing” part. Really! And now? Well, the rebuilt clock doesn’t work. I puzzled it out. There was a broken part. I knew what I needed but did not know how to describe it or search for it on the ‘net. Okay! The clock sat as a very large paperweight until… Mike went to a clock repair shop. The clockmaker was so booked that his next appointment to repair his (Mike’s) clock is two years hence. Right! A hell of a profession. Not too many (clock guys) around? But! I described my problem using Mike’s clock as an example. Voila! He handed me a part and told me how to install it. It didn’t work! Yeah, yeah. But I pieced it together. I improvised. When in doubt, make it up. I did. It works! It ticks! I still don’t believe it. It chimes. It ticks. Damn! And my cats? As soon as the cabinet opened they climbed in and out. 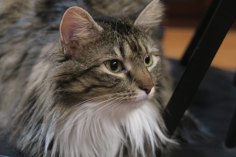 PS – this clock works with heavy weights not a key wind. The weights are a good 15 lbs each. After three hours of running peacefully, one of the weights crashed to the bottom of the cabinet. After disassembly, the darned runs like clockwork. And! It chimes! And it’s off by about 5 minutes/hour. Hey! I never expected it to be perfect. It ticks!

Repair Job – Yes! Did it phewf! 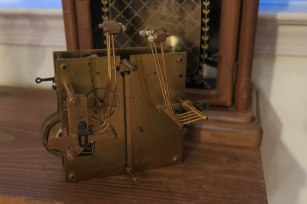 It’s sad. My grandfather clock was an hour fast per day. When it broke down, it was correct twice a day (old joke). I suddenly had a very expensive paperweight in my living room (true life). That would never do. I had turned a working clock into trash. eBay! The replacement part retailed for $649. No!! I did not pay a fraction for the used works. Auction, bidding, success! (Long story short) $10.50 and postage was paid by the seller!

It did not fit. “Shit!” Oh, well, despair again! (Hey! I’m trying to fit a long story into a paragraph or two.) Old adage – in brain surgery – “if it doesn’t fit, …force it.” At the end an extra screw is not what you want to be seeing. I bet that makes you happy you asked? Nope, I finally used the auction part to tell me where all the gears went and in what order. Voila! Yes!! Really!!! I fit all those pieces and gears back in and I got it to work. It needs fine tuning. And in the course of things I found out why the clock doesn’t work right in the first place. Unfortunately, there was a piece broken before I ever messed with it. But now I’m ok to take a Kieninger clockwork apart. I can reassemble it with a little help. It’s mechanical. No jewels. No quartz. No springs. Hey, it’s not brain surgery!