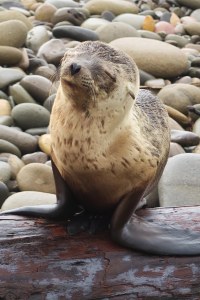 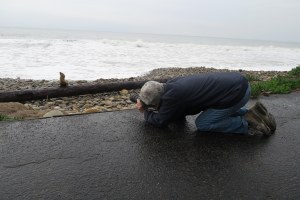 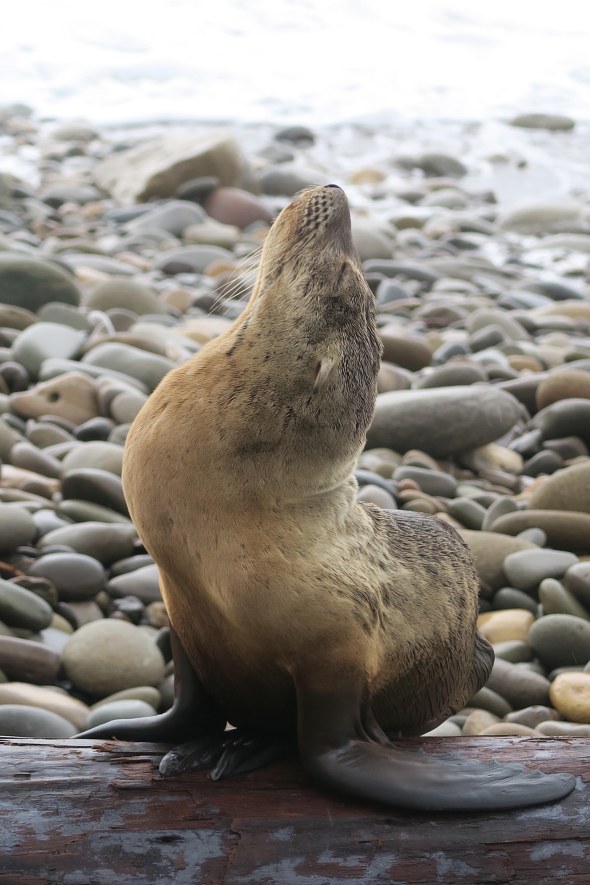 Mission… be down at the entrance to the campground to pick up breakfast for selected close family and guests. Adults. The kids were asleep – too many smores, more likely too much beer and wine. Then someone walked back from the beach with an iPhone picture moments old of a sea lion. Gee! The choices! Luckily Stewart was there and we were released to head to the beach in the drizzle. Yes! Drizzle! A steady wet drizzle had settled in and it was guaranteed to make it a wet wedding day! Yes, nuts! I had moments before been up at the very top of the hill having a Father of the Bride moment. We figure this guy was ill. Or, his mom had been killed. He sat forlornly and did not move off as I approached. Stewart had raced up the hill to get his camera so I had a “sea lion moment.” He kept his eyes closed mostly. I actually got down pretty close. And once I had the shot I cast my eye toward getting a different image. Work the scene! Poor Stewart, the silly things we do to get the perfect angle. No, I did not get on my knees. But I got low and close. Breakfast was delivered. Everyone ate. I got my shot and breakfast too. Neat!