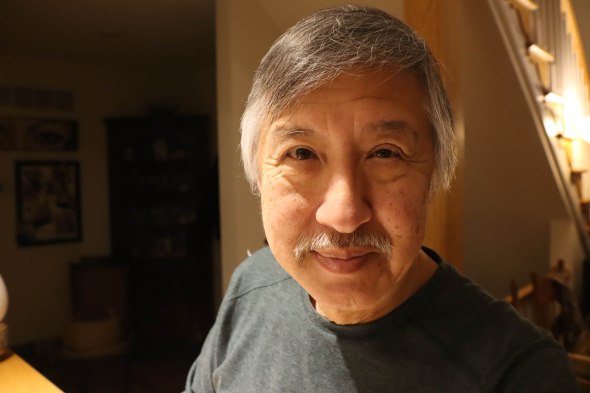 Ego, shy? I don’t photograph well enough to be happy to post images of myself. Hmm? You could take that statement two ways. Whatever! This is part of the ongoing selfie series I started with the new camera. Today’s tech gives me more ways than ever before to shoot. Better? I think so. This shot involved a monopod, an iPhone triggering the camera remotely, and a Wi-Fi capable connection to my camera. Complicated? You bet. I could’ve done it with just the iPhone. But, then what would have been the fun? And it would have been harder to get the end result. hmmm? … another two way statement. Was it worth the effort? I would’ve swapped the model for my beautiful wife. She is patient but not willing to experiment with me while I endlessly tried different combinations.

The last time I saw snow was….mmmm… 2012. Anyway, it was a while ago. Skiing was one of my first passions as a full grown adult. I took the kids. David was so small on the mountain, people turned to photograph him on the steep blue/black trails in Utah. I’m not proud. I was an idiot for getting a kid who could barely walk straight up on a pair of skis. Laid back! David was so laid back he fell asleep on the chair lift. Nap time was nap time. He would just pass out. Oh! I started first by skiing with them between my legs. Jules and then Dave would be in front – I would ski slowly while holding them back with my ski pole. Yes, nuts too. Dave would lean over the pole like a cat arms just resting there. He snores! In the quiet shushing over the snow Jules and I heard him snoring away. Yes, nap time!

On this occasion Jules finally got her wish to try a “board.” Her cousins and brother had tried. She’s the only girl on my side of the next generation. The cousins are not too skilled. Dave can handle himself. And Jules spent an hour tumbling and falling. She sprained her wrist, gave in, and went back to a sensible pair of skis. Smart! 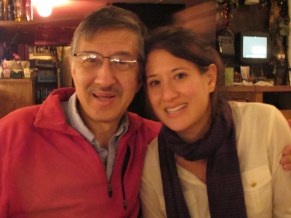 You don’t get to many selfies with your kids. But I guess it happens more than before. Low light, bad focus, poor composition, wide angle distortion matters not. Hey! It better than nothing. As I paused in editing I realize that these imperfect pictures mean the most.

I was editing. Gee, I have a lot of work backlogged. There was a trip I took in April to California and New York. It’s still in the pending to do list. And then there are all the recent dive shots. Life happens. The afternoon sun was obliquely hitting the Macbook screen. It created a high key shot. Now to get that image on a digital file is the next trick. The camera was in the way. I can see the image. I can’t capture what I see. Well, after some experimenting, I got something passable. Thanks to all who have followed my blog. It seems from time to time someone will mention they saw something. And many thanks to all the kind followers who take time to comment or like my posts. Once in a while I should remember to thank my readers. Thank you one and all. And, yes, alive and well.

David shot this self portrait in the mirror on the stairway leading from the fifth to sixth floor of our apartment. I had always moved about every two years changing homes, apartments, or dorms until I was in my twenties. My father and mother were pursuing the American dream of homeownership, better job opportunity, etc. I secretly suspected that Dad was a bank robber and we had to move periodically because… My family, wife and kids have lived in the same apartment in Manhattan all of their lives together with me. So to compensate for my wandering gene, Lisa has periodically renovated. In this instance we were about to undergo the biggest change in my kid’s lives. The entire apartment would be gut renovated above while we lived below with a makeshift kitchen and living space. David went around the apartment snapping shots of memories. It’s funny, because I didn’t to it also. We haven’t looked at the pictures since. But I keep this David self portrait as the memory.