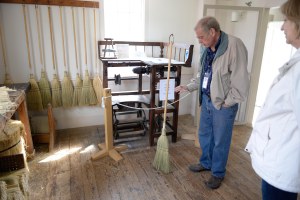 Shaker brooms were a sought after commodity. They were very popular and many copies were made by others. Modern manufacturing has mass produced brooms and I have owned and used a similar but not Shaker crafted broom. The demonstration of a perfectly crafted broom is that it will stand unassisted. It is a stepped process to make a broom and you can see the quality of the workmanship. 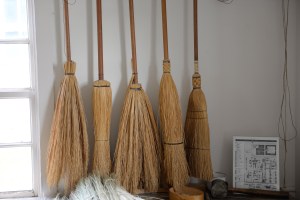 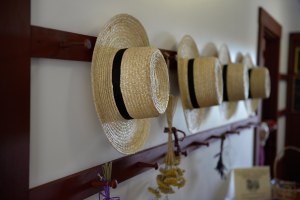 I have visited the Shaker villages – Canterbury in NH and Sabbathday Lake ME. I think most folks in the USA are familiar with Shakers and their crafts. 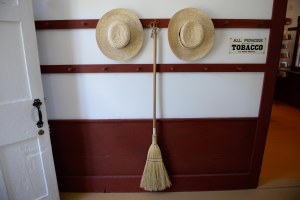 So much of what I have run across did not really sink into my consciousness. The Shakers are celibate. So their group has dwindled to only three current members. No new Shakers means that this group will soon be gone and so too will a rich history and heritage. There has been a great deal of historical preservation. But soon it appears as though the Shakers will be lost and culturally extinct. 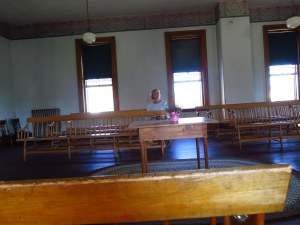 Sabbathday Lake Shaker Village Near New Gloucester, Maine. Here is a place I completely discounted. I was about photo op and images. The village itself was small and relatively uninteresting to me. I had passed the area many times when I lived in Maine. This time around I was there to see the cultural history. There is another Shaker village in New Hampshire. The last three Shakers currently reside in Maine. On our tour we were told that Sunday service is open to the public. You need to show up on time. They lock the doors promptly. A fair crowd showed up. I was completely surprised. There is plenty of accapella singing of hymns and then there I a series people of giving testimony, sharing in which members and attendees may say what is on their mind. If you are familiar with the song Simple Gifts, they sang it twice. The second time occurred because one of the sisters thought it appropriate to the speaker. The song’s origin was told to have come about when one of the brother’s was disappointed that two young men left to make their way in the world instead of becoming Shaker members. The song is of course well known in popular music as in Aaron Copland’s Appalachian Spring. 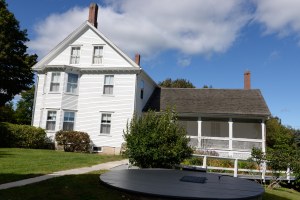 Currently there are two sisters and a brother who reside and are the last Shakers. The rich culture and craftsmanship are well known but may soon not be practiced only copied. It was a high privilege to attend the service. Hearing the song Simple Gifts in this context was a very moving experience. It was magical. I had thought of the song and the Shakers spontaneously began their accapella singing. I idly wished that the song would be sung again. And when they sang it again, I nearly cried. Yes, that was a special day. 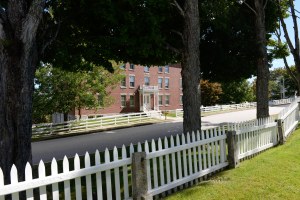