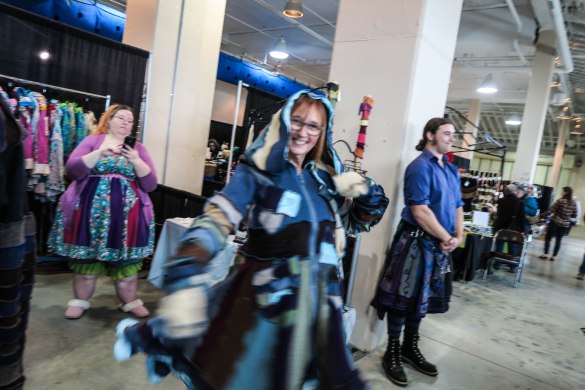 One shot. Grab shot. Street photography. There’s nothing pretty. It’s out of focus. I did not get another image. The woman modeling was clowning around up and down the aisle at the fair. She pirouetted as the dress maker shot video. Lighting was simply not up to getting a motion stopping image. But, the image was enough to catch my eye as I edited. Sometimes you miss by that much…or, you are just that close…. 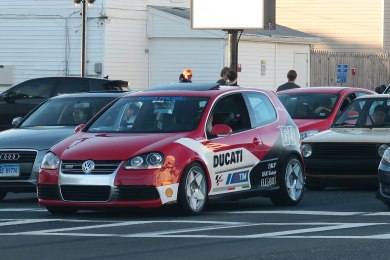 Passing through Ocean City… there was a fast car convention. It wasn’t official. It wasn’t sanctioned. The police were out in force. The cars were just revving and zooming around in a circle. It was a social media gathering. Everyone who was in the know was privy to knowing to be there. There were a lot of loud mufflers. Cars were circling and spectators were relaxing by the roadside. I got caught in the middle of the traffic jam. The old family car hardly looked souped up. Look at the tiny flat tires. They are awful on the road. You get a flat tire every time you hit a pot hole. And the rims get bent…. Good luck guys. 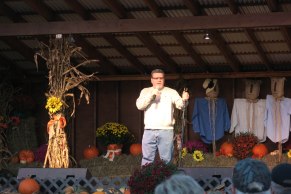 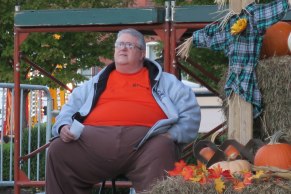 Each night during Forest Festival they staged a free show at 7PM. Have you ever been to a show where the comedian was laughing at his own jokes? The audience wasn’t – laughing. He wasn’t cursing. He was an ex-cop. And just as you’d expect, cops don’t have much sense of humor. Ever get a ticket(“traffic” – it would have been a crime to buy one for this show)? And he made fun of everything and everyone including his wife. Hey! Move on over Donald. Yes, he was lame. I kept waiting for the second act. The announcer never made a move with the hook. Too bad. Nope. He was it. We walked out. I’m not sorry, except that we stayed too long. Sometimes you are just not that funny. Tag, you’re it!