It is not my primary camera. The current photo catalog (incomplete) has 400k images. There are about 3k iPhone shots – less than 1%. Dave uses it as his primary camera. I shot a few pics for rapid (instant) upload to family. I get an occasional selfie. Some pics are taken of me… occasionally. I put pictures on my phone to share. My point?! My last iPhone upgrade was the iPhone 7. We are up to the iPhone 13. I got the new SE to take advantage of the 5G network. The new SE looks exactly the same as the (good old/ancient) 7; the protective cases are exactly interchangeable. (The new box is smaller – ha ha.) Change comes slowly. If you want a better camera, get a better camera. My phone is not a camera. Oh! The cats (pics) are from my camera.

Ha ha! I am a confirmed “hoarder.” !!! Nuthin’ gets thrown away. ?? Will I ever need the box again? The last one (iPhone box) came out the closet from six years ago…. Nut! And, I shoot redundantly – to be sure I have at least one serviceable shot. Digital is free?! I’m tossin’ the boxes. (Cringe!!)

From sea to shining sea, the United States people are as different as the topography of the country. There are delicate balances among ideas that clash. Among the profound beauty there are great divides in ideologies that define our beliefs. I remain hopeful and optimistic. Balanced rock, Arches National Park, will still be here long after I am gone. Someday it will fall. There is a cycle and inevitability to things. I hope we will solve climate change. I will never know. There are those who deny climate change and evolution and this never ceases to bewilder me. I have been blessed to witness much beauty in my lifetime. Would you disagree with that too? 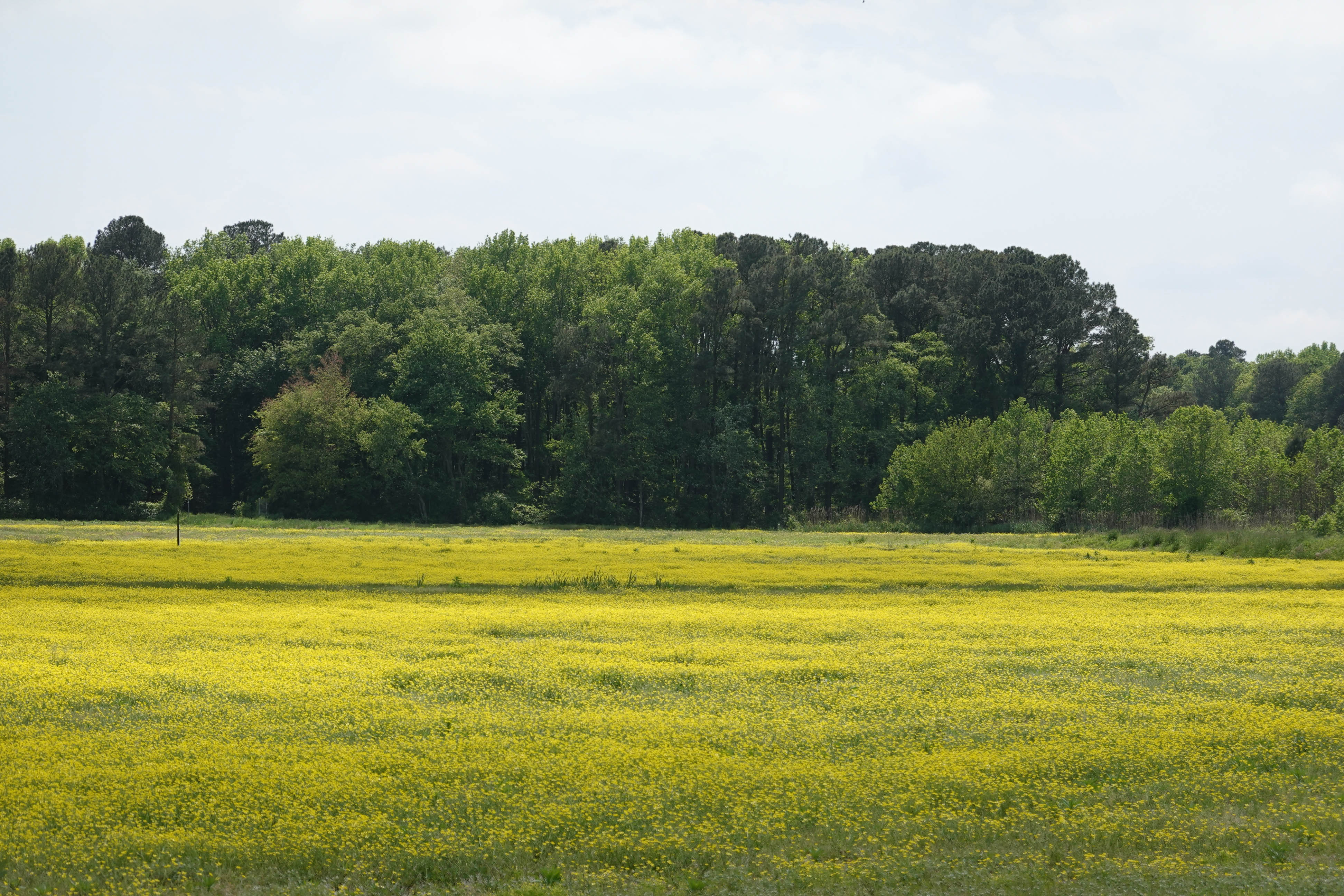 It’s been a good spring. We caught another superbloom. This time it was a field of yellow. It was not advertised so the only one to be there with me was Colleen and the veterinary tech at the vet office. The twins were in for shots. 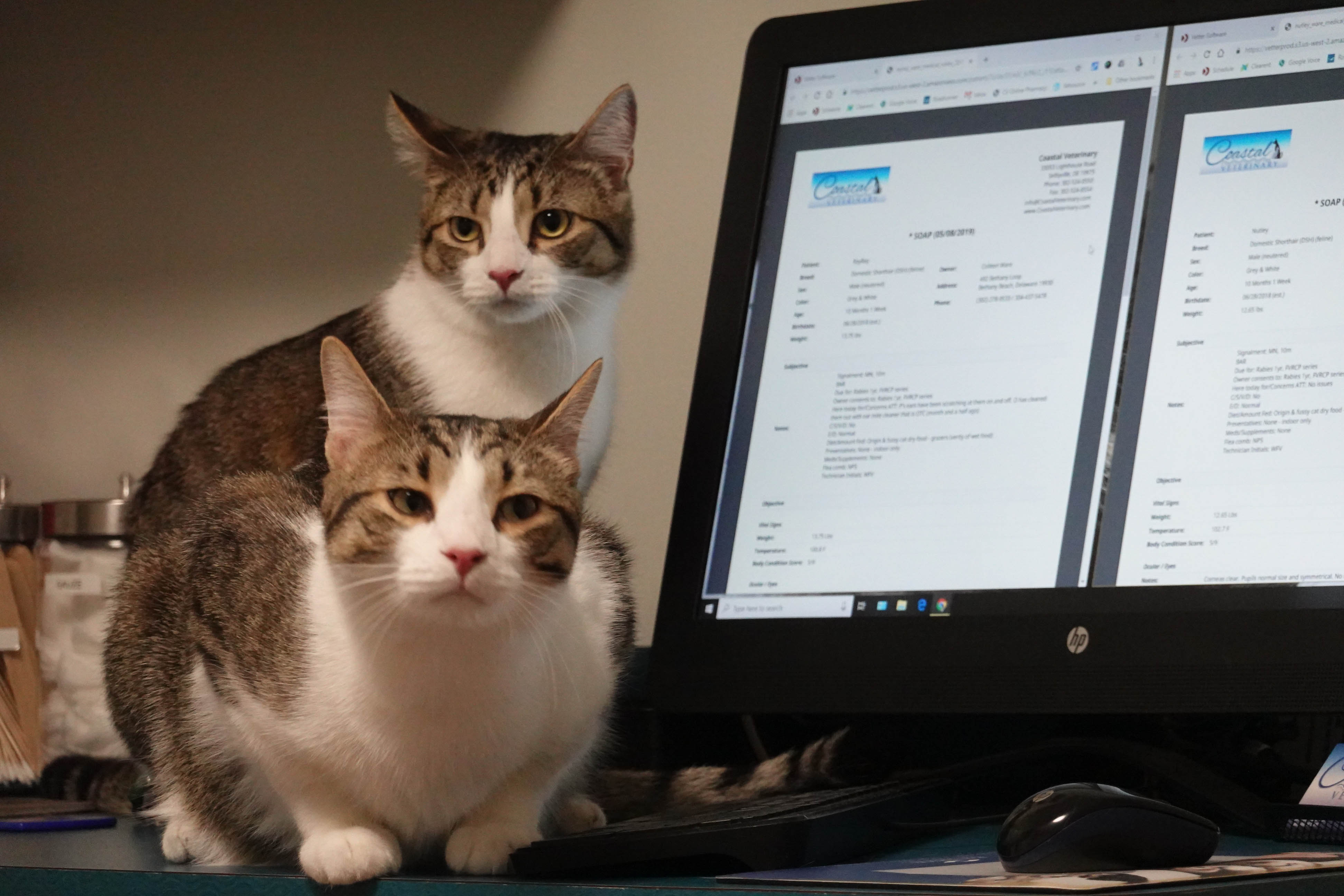 Ray has been shaking his head. “Can you check his ears?” The vet took a swab. No ear mites. But there is bacteria and yeast. Treatment? Ok. I don’t know what it cost – plausible deniability. I was a surgeon. We wore gloves for surgery. There is bacteria on your skin. That would be a fact. And mold forms on food left in the fridge too long. So let me ask. Do you think there might be bacteria and yeast in a cat’s ear? I feel like a pediatrician who appeases the parent by prescribing an antibiotic for a viral cold. Not me. It was Colleen who asked the question.

Can you believe? Yup, we got home and driving along the road…our very own Delaware superbloom. It’s clover. Red! I admit that I have never seen red clover blooming. We saw patches along the road… till we came upon this field. No one else was there to appreciate it. There were no other cars stopped. There were no tourists wandering around and trampling the blooms. Nature put on a spectacular show and no one was there to see it. … maybe they are coming later. 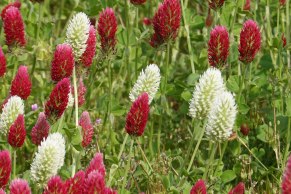 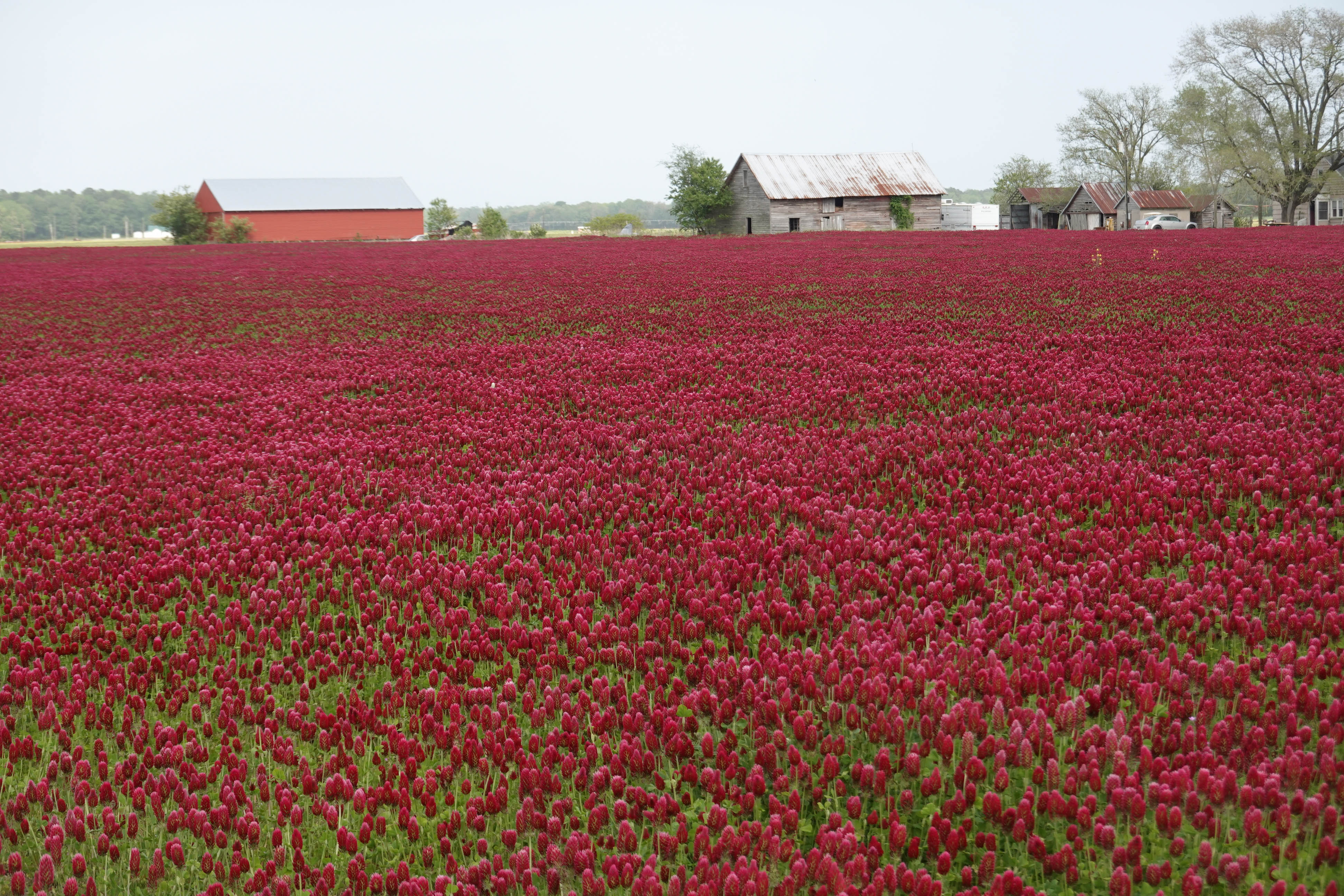 Did I tell you? Poppies! The news from California has been about the superbloom – again. We saw it once before. It’s rare. It’s special. We’ve been fortunate to see it twice. It comes about because of the rains that stimulate growth and flowers. Ordinarily it is dry and no bloom is more the norm. We saw it! To be sure, we took advantage with Noa. Great! She’s already seen one and not even a year old. No matter. I will always be impressed by nature’s power.

The sheer size and scope of the bloom is indescribable. Miles! It went for miles.

Add baby… she was there. She won’t remember it specifically. I asked Jules about Disney once. She replied, “I’ve seen the slides and video. I was there. But it is the video and images that are what I can recall.” 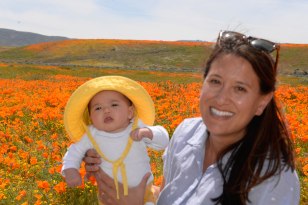 Oh well, we were all there on a glorious spring day. Nature! It’s pretty grand when it makes up its mind to put on a show.