Okay! So, Colleen tried to buy me a telescope for Xmas. She spent big $$$$ and ordered a special camera ready telescope after much research, much angst, and after consulting with Liz, our family astronomer. I have dabbled, miserably, in some astrophotography. With anticipation and then great disappointment (Colleen’s), the telescope never shipped, never arrived. We saved big $$$$. Colleen cried inconsolably. Everyone knows it is impossible to get me a present. I tend to buy whatever I want. So, there is no wont in my house.

Amazon prime came to our house – inadvertently. Amazon prime day had a sale on beginner telescopes. The rest, as they say, is history. The learning curve is high. First and foremost is light pollution. I discovered the technical limitations of attaching a Nikon camera to a Celestron telescope. Focus in the dark was dismal. The earth moves at about 400 meters/sec. I thought diving was challenging? The stars are dots of light – pinholes in black paper.

My point and shoot Canon got better focus of the moon than the spiffy telescope. Risk/benefit, or, bang for your buck?; I chose the camera. The stars are not a subject I will pursue. Amazon gave me a refund. End of story. 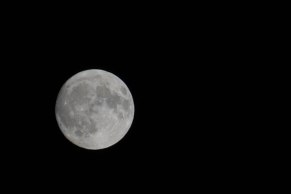 So, I continue my experiment with shooting the moon. It ain’t easy. And you may not care. After all, why do it at all. But I know that the exposure is about 1/800 f11 or something close by. Don’t forget to hold your ISO low too. A high ISO will make too much grain/noise in the final image. Okay! I did all that. And, look! I got a really nice image with spots on the moon and all. It’s better than my Canon. The Canon could not render me an image so large. Sony has a much better digital zoom. It doesn’t focus as well as the Canon. I’m still mastering the quirks of the Sony. Tonight, it shone!

Sun? I learned and adapted this trick from Jules. She held a pair of binoculars to the lens of her camera. Voila! Telephoto picture. I did it with Dave on Governor’s Island and shot through a telescope to get sun spots. It’s a nice trick. It’s not perfect but then again I wouldn’t have an image without doing it. Next: Are there brown spots on Uranus?

Back in 2011 David and I visited Governor’s Island. It was newly available to the public and was a free ferry ride from Manhattan. We rode our bicycles. It’s not a large park. We got around the space easily.

In the course of our wandering we came upon a group of telescope enthusiasts. Well, I suppose astronomers was more apt. What the heck! It’s broad daylight. Ah! Solar flares. And they were happening now. And with special filters you could see them. 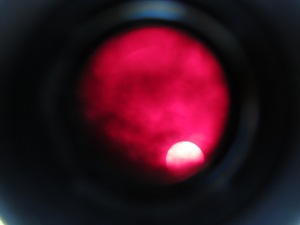 And so I put my trusty Canon point and shoot against the ocular and shot a few images. I learned this trick from Jules who had shown me how to photograph hippos in Africa shooting through a pair of binoculars. Hey, you never know when a trick will be handy. 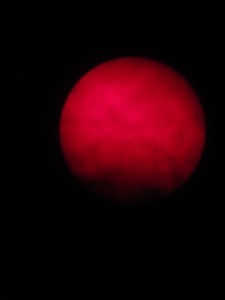 These are pictures of the sun and solar flares. Well, you will have no trouble seeing the disc of the sun. But as for flares…. Why now? This post is out of sequence to the usual. It’s because someone told me about seeing snow flakes by using a magnifying lens while the flakes fell on black construction paper. Cold paper! And then I speculated on photographing the flakes and how to magnify them to get an image. Yup, that’s my story…