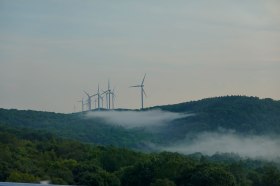 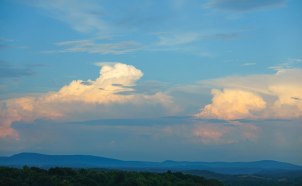 Rain had just fallen. We missed the thunderstorm. It was ahead of us. We caught the remnant as we traveled through. There was fog on the mountains. You drive a lot. You don’t see fog very frequently from the road. At least, it is a rarity for me. Layers. I remember watching layers of mountains while in the car as a kid. I recall the Blue Ridge mountains? Clouds? Layers of mountains? I’ve seen it since. They are always fun. 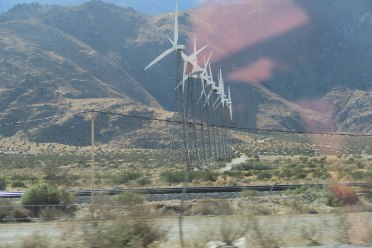 I guess it’s pretty windy through this corridor. It looks like this might be the original test area. We saw windmills of different technologies and ages. They lined up geometrically and randomly. They were definitely unlike the plains states of Kansas and Colorado. There was more sense of purpose and urgency in the distribution and crowding. 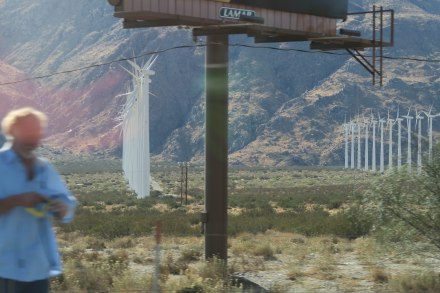 Ah! We snapped a pic just as a hitchhiker passed. It was nice timing. We could not have done it if we’d planned. Serendipity. Spooky? 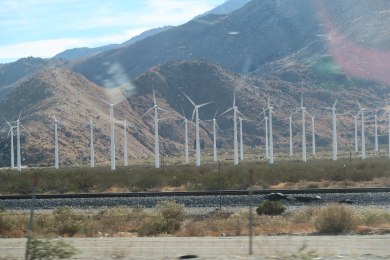 I have to think that California is ahead of the curve and has been forward thinking enough to have what appears to be early and late model windmills working side by side. It’s renewable and after the initial investment, it’s sustaining and clean. They are also not known to be a health hazard. Clean coal? – an oxymoron.